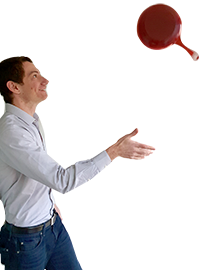 Fernando started his career at Creative Labs in Silicon Valley, California, and later moved back to his home country, Brazil, to take on a job with Bloomberg based in São Paulo. He played multiple roles over his 11 year stint with Bloomberg, which included providing leadership to the São Paulo operation’s customer service desk, account management, and spearheading business development for Bloomberg Tradebook in LATAM.

As General Manager for LATAM, Fernando is responsible for all of WSO2's operations in Brazil and the rest of Latin America. His responsibilities include recruiting, managing, and leading a team of qualified and experienced professionals to drive business in the region.

He has a bachelor’s degree in Business Administration with a minor degree in Economics from Clark University, USA, and an executive MBA from Insper in São Paulo, Brazil.

Fernando describes himself as a person with a good sense of humor and enjoys cooking gourmet meals. He is also a travel buff and loves to spend time exploring and learning about other countries and cultures.