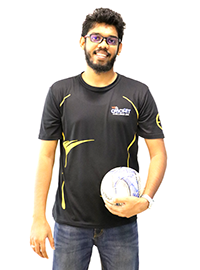 Mushthaq is an Associate Technical Lead at WSO2.

Prior to joining WSO2, Mushthaq worked at John Keells Computer Services as solutions developer where he was responsible for developing some modules of Evinta departure controlling system, Evinta flight information display system and Evinta weight & balance system. He holds a BSc honors (first class) in information technology specialized in software engineering from Sri Lanka Institute of Information Technology. As part of his final year research project he was involved in developing “Shopping Eye” - a product based on augmented reality and indoor navigation using iBeacons, which was awarded the NBQSA Bronze award and the NCTM Gold award for the Best Research Paper in 2014, for which he represented Sri Lanka at APICTA 2014.

He was also awarded Royal College Colors for Hockey in 2008, 2009 and 2010. He enjoys playing hockey and cricket and watching movies in his spare time.