Strong and Secure Authentication for Enterprises

The number of security(or data) breaches is on the rise. Most of them can be avoided by using multi-factor authentication (MFA). The challenge in MFA is the usability. FIDO is becoming the de facto standard for MFA. Google, LinkedIn, Facebook all use FIDO internally for their employees for authentication, but it too finds it hard to reach the mass market. There is also a shift from MFA to continuous and adaptive authentication. That, to some extent, addresses the usability concerns. 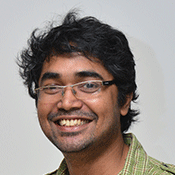 As a technology evangelist, Prabath has published four books, including Advanced API Security. He blogs at on various topics from blockchain, PSD2, GDPR, IAM to microservices security. He also runs a ​Youtube channel to educate the public on various topics related to IAM. Prabath has spoken at numerous conferences including RSAConference, Identiverse (Cloud Identity Summit), European Identity Conference (Keynote 2015), API World, API Strategy & Practice Con, OSCON and WSO2Con - and traveled the world conducting workshops in evangelizing WSO2 technologies. He is also the founder of the ​Silicon Valley IAM User Group, which is the largest IAM meetup in the San Francisco Bay Area.