Many organizations around the world are adopting an ‘API strategy’ to expose its internal business capabilities as APIs to a wider developer community, both within and outside the organization. Exposing internal APIs to a wider community of developers would require a mechanism to advertise and make APIs available to these developers to encourage a higher level of participation. However, making the API available to a larger community of users has its own inherent issues. These issues would demand a high level of API governance to be enforced to make sure that the API is consumed only by developers who can actually add value to the organization. The ideal ‘API Strategy’ should provide the capability of enforcing effective governance on exposed APIs while making them available to application developers who would be interested in making use of these APIs. WSO2 API Manager provides a platform where APIs can be exposed to a developer community so they can easily find and subscribe to an API. Similarly, WSO2 API Manager also provides many capabilities to govern exposed APIs in an effective manner. This article looks into the ability of integrating a subscription approval workflow to govern API
subscriptions of the exposed APIs via WSO2 API Manager.

As illustrated above, the application developer would search for the required APIs and subscribe to them via the API Manager’s API store. Subscribing to an API would trigger an event that would create a task in WSO2 Business Process Server. WSO2 API Manager provides a separate user interface, 'workflow-admin' to facilitate the approval process for workflows integrated with the API Manager. The task that was created by the subscription process would be available for approval from the 'workflow-admin' user interface. The authorized approver can now log into the 'workflow-admin' console and approve/deny the task; this would either approve or deny the request for subscription to the API. If the subscription is approved, the developer can now consume the exposed API; prior to subscription approval, the subscriber or any client application that uses the subscriber’s access tokens will not be able to access the API.

WSO2 API Manager 1.6 and above is shipped with a subscription approval workflow that can be imported to the WSO2 Business Process Server to facilitate the subscription approval process. Business process workflows can be found in the following location of the API Manager distribution < APIM_HOME>/business-processes. The instructions below are provided with the assumption that WSO2 API Manager would run on port offset 0 and WSO2 Business Process Server would run on port offset 2.

Select the add process button from the navigation panel as shown below and upload the BPEL process available in the following location <
APIM_HOME>/business-processes/subscription-creation/BPEL/.

Subscribing and approving an API 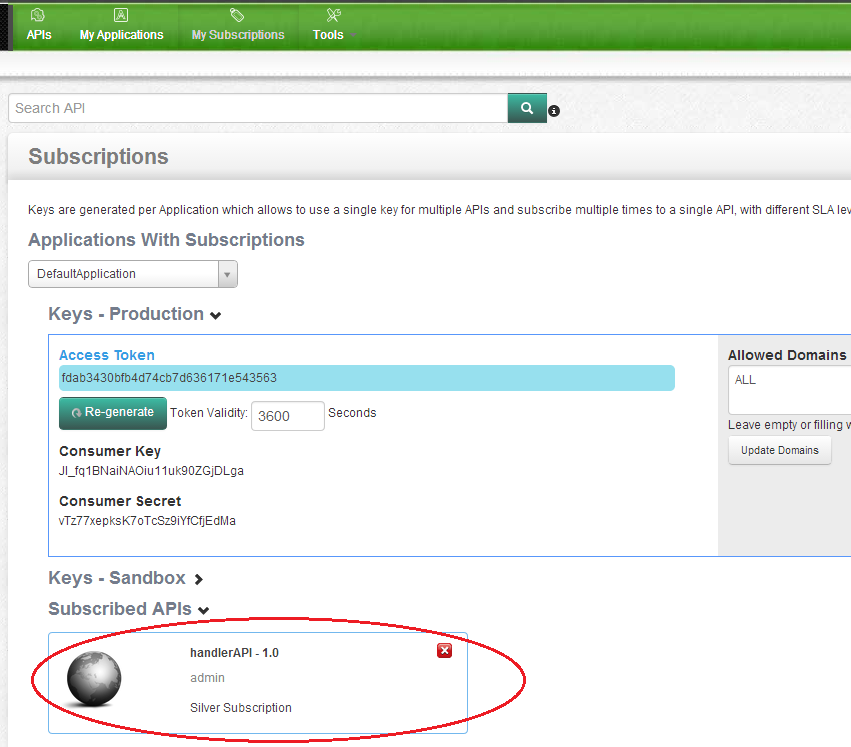 An admin can access the workflow-admin section with his credentials without the need to create a new user.

Integrating workflows for other tasks

WSO2 API Manager provides capabilities to integrate BPEL workflows for other tasks such as application creation and user creation. Sample BPEL and Human Task for these workflows are also available in the ‘business-processes’ folder in the API Manager distribution.

WSO2 API Manager has the ability to govern the API subscription process by introducing an approval workflow whereby each API subscription would have to be approved by the admin before it can be consumed by the API subscriber. The API Manager has the ability to extend its current approval process to be integrated with a BPEL business process that can be hosted in WSO2 Business Process Server. Integrating an approval process for APIs would provide the ability to an organization to make sure that only legitimate users are able to subscribe to its APIs, irrespective of the larger audience that the API has been advertised to. This would give an organization greater flexibility to advertise the API to a wider community of developers, and at the same time, to govern who can actually subscribe and consume the API via WSO2 API Manager.