WSO2 API Manager is capable of handling many types of APIs efficiently. Because of the vast number of advantages it brings, many enterprises today are taking interest in the WebSocket protocol. With WSO2 API Manager 2.1.0 and future releases, users can expose their WebSocket services as APIs with OAuth 2.0 security, throttling capabilities and more.


What is WebSocket protocol?

WebSocket protocol is a popular protocol that gained its fame because it allows a long-held Transmission Control Protocol (TCP) socket connection to be established between the client and server. This allows bi-directional, full duplex messages to be instantly distributed with little overhead resulting in very low latency in connection.

This type of connection can be really useful in server push scenarios where the server notifies the client of updates. Usually, the client deals with this type of use case by sending a request and the server responding with the latest updates. When the WebSocket protocol is used, in this case, once the server has an update, the client can be notified instantly. Social feeds, stock market systems and Internet of Things (IoT) systems can be given as examples for this scenario.

Once an API is published, a sequence is deployed for each environment defined with the endpoint configurations given in the API creation process. 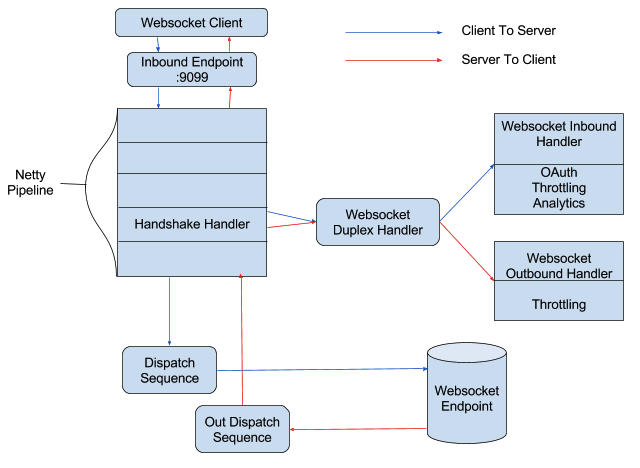 WebSocket API creation can be done by filling out a form of three tabs: design, implement and manage. This process is similar to the creation of REST APIs, but differs due to the unavailability of resources for WebSocket APIs. The three tabs comprise of the following functions: 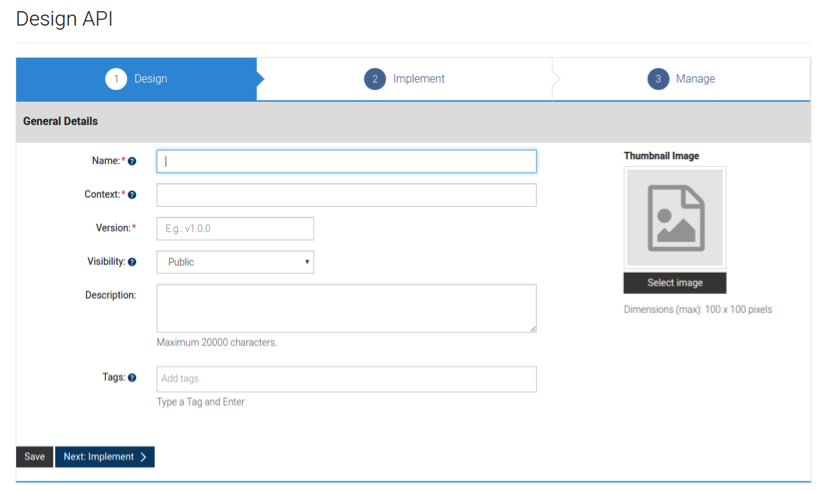 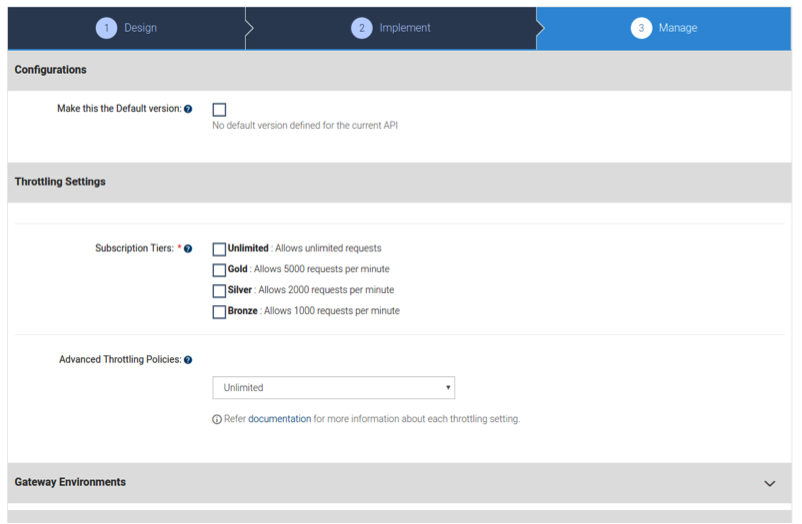 In order to invoke a WebSocket API the user should have met the following requirements: 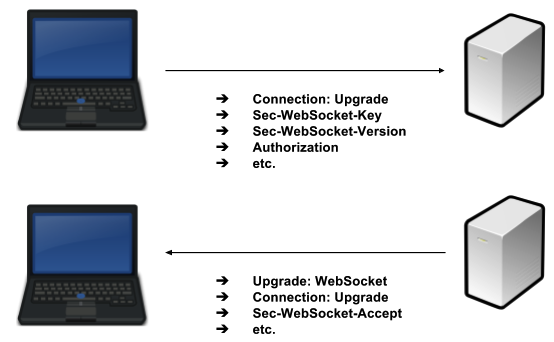 Then the user can invoke the API by calling the invocation URL given in the API overview of the WSO2 API Manager Store. The following headers are sent via the handshake request.

Authorization
This header should include the access token which should be obtained from the WSO2 API Manager via calling the token API. This is required to authorize the user via OAuth 2.0.

WSO2 API Manager allows throttling policies to be applied on the base of WebSocket frame count or bandwidth. It should also be noted that the frames will be throttled out once the aggregate amount of frames sent from the client to the backend and vice versa reach the defined amount specified in the throttling policy.

The throttling policies can be added for the following levels:

A prominent need of an API publisher is API analytics. Analytics can be used to monitor the usage of the APIs and get a lot of other interesting information. Some of them are listed below:

WSO2 API Manager provides analytics for WebSocket APIs, but there are some facts to consider because this is a different scenario.