We’re Celebrating Our People This Year!

We turned 12 last month and to celebrate this year we picked 12 amazing humans of WSO2 (by popular vote) and shared their stories. The people at WSO2 are our biggest asset and the drivers of our success. Here are some of those who have inspired us all: 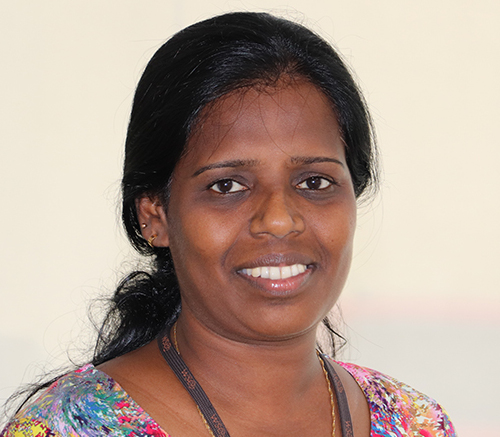 “I can’t pick the best memory. I’ve never had a bad day here. This is family. This is my home,” said Flora with a gleam in her eye while talking about her workplace — one she has been at for the past 12 years. Her stint at WSO2 is what she calls her first “proper” job. From being one of the first employees at WSO2 she has grown to be the person you look for in times of need, very similar to when you look for your mom at home. Be it having all the biscuit jars in our pantry filled, making sure you get a plaster for that scratch or looking after each and every employee like they were her own children (including the ones in their 30’s). Flora has played numerous roles in WSO2 and her unwavering dedication and affection towards the WSO2 family are admirable. We’re nothing but grateful for everything that Flora has done for us. 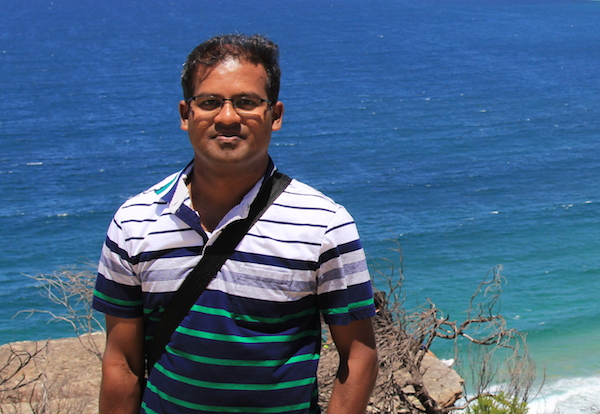 You come to know a person for who they are when they are under stress or when they are in power. Nandika has been in both these situations at WSO2, mostly at the same time. Yet he's calm and down-to-earth at all times and never projects his emotions, no matter how frustrated he is. “He’s a person who makes everyone laugh even when they’re panicking about emerging deadlines or in a "war room",” said his team. As a starting member of the team, Nandika has proven to be a friendly, kind-hearted and knowledgeable person for the past 12 years. For a guy who’s as smart as he is, he's surprisingly humble. He also knows what it means to be truly empathetic. When it comes to Nandika we’re told that “You surely know that you have enjoyed work life if you have worked with him.”. Thanks for being super cool, Nandika! 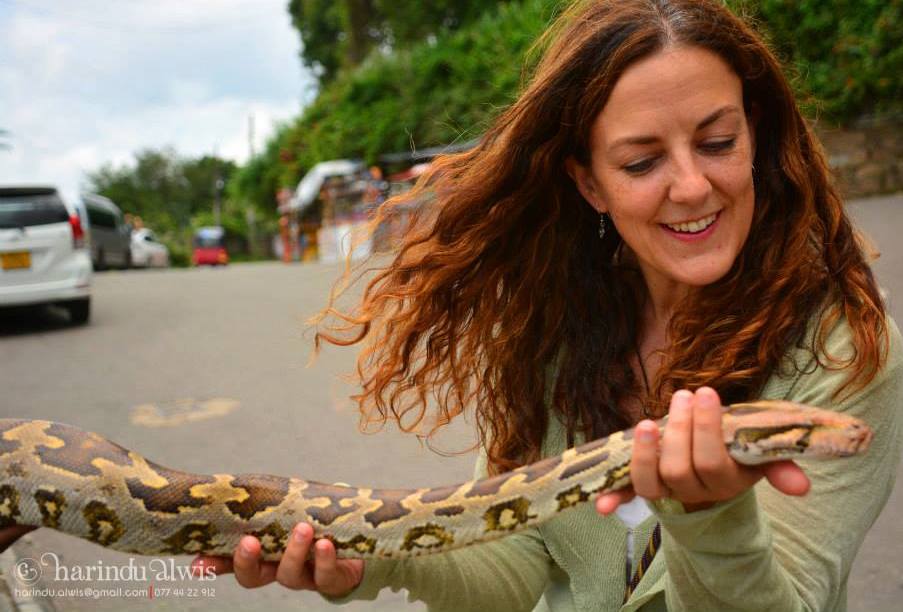 Jackie is a thrill-seeker who has a wide spectrum of interests ranging from the Burning Man and bats to karaoke, skiing, and sailing. In addition to this, she’s a self-published author of four novels, a fantastic singer and a black belt in martial arts. Yes, she can kick your a** while singing about our documentation! That’s not all, she even put aside her fear of heights and went skydiving. When asked what her favorite thing at WSO2 was she said “The people. I've come to see Sri Lanka as a second home and the team as my extended family. We've had too many fun adventures and hilarious times, usually involving tuk tuks.” And we love her too; everyone raves about her leadership and writing skills. You’re a true rock star, Jackie! 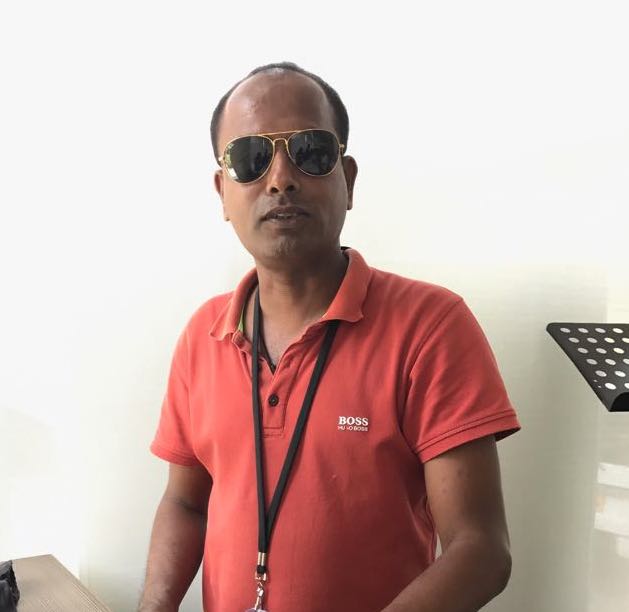 Often found rushing to the scene of a faulty AC or making sure the lobby is equipped with music by The Chainsmokers or Daler Mehndi, Kapila a.k.a. KC is also a part-time comedian and Superman — in-house of course. Don’t be alarmed if you see him with a hammer or a sharp tool, this brave ex-soldier is your friendly fixer-upper for all things broken. He seems to have an ever-ready thumbs up or a salute and a Tennison Cooray-esque joke every time you greet him. He will gladly be your go-to-man when running an event or an executive business meeting, just to make sure nothing falls apart — it’s almost as if the words “no” or “can’t” don’t exist in his vocabulary. Kapila has nothing but undying love and affection towards WSO2, a place that he refers to as the “talent spot”. He’s even won the outstanding contribution award for 3 years in a row for the three and a half years he’s been here. KC, what a dude! 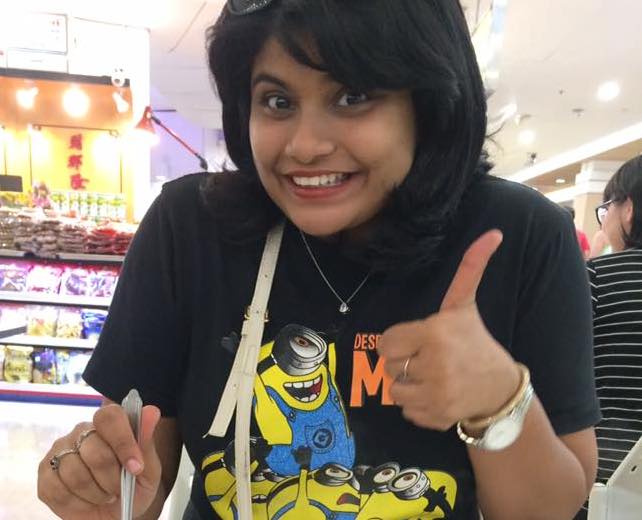 Asma Cader affectionately known as Aso exuberates confidence, isn’t afraid to speak her mind and stands up for both herself and others. Her bubbly personality is so lovable that people often overlook her constant insults. A lover of all things Disney and Pixar, she’s an avid collector of Minion merchandise and anything fluffy. She even went through a ‘Frozen’ phase where everyone had the pleasure of listening to her endlessly singing ‘Do you want to build a snowman’...for a year! But what she lacks in singing she makes up for in basketball. Her command of the sport makes her one of the best players at WSO2. She also thinks she’d be a suitable mascot for BallerinaLang and is dedicated to making it the most popular programming language out there. Thank you for being you, Aso! 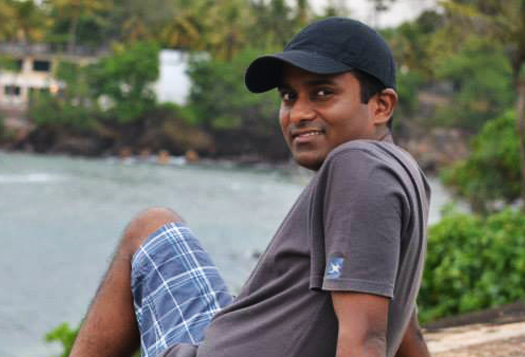 Most of Sumedha’s stories can’t (and shouldn’t!) be shared in public. One that can be shared, however, is the time he convinced a team member to report his height and weight to HR, to attend a company trip! While Sumedha is famously known for his pranks, everyone agrees that he is one of the best mentors around. He identifies his team mates’ talents quickly and encourages them to work on their strengths. Sumedha is an all rounder — he’s a fantastic storyteller, an amazing singer, and conga player, a part-time banana cultivator and an IoT and API guru. The number of tools in his massive pickup truck show his enthusiasm in creating anything cool. Keep inspiring us all Sumedha! 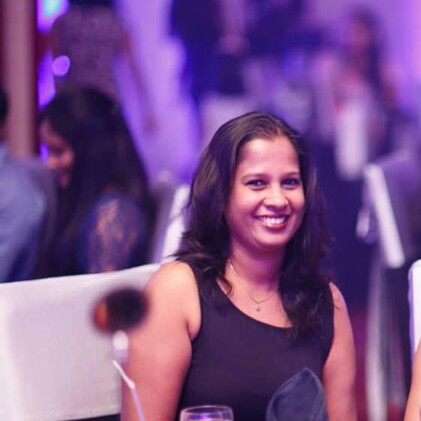 Danesha makes sure everyone at WSO2 is well fed and happy. Not only does she let us choose from fantastic lunch options, she hides in the pantry and eats them too...for testing purposes of course. Her inability to say no has roped her into many games of basketball, a sport she’s slowly warming up to. She recollects her favorite memory at WSO2 as the time she climbed Sanjiva’s (our CEO’s) desk to reach for chocolate stuck on the ceiling. “Fortunately he wasn’t there. He would have kicked me out,” said Danesha. She is the epitome of going the extra mile and is always willing to help you out. Her team overlooks (tries) her extraordinary gift of talking non-stop, loves her open-mindedness and considers her as a ‘machan’ (dude). We’re very lucky to have you Danesha! 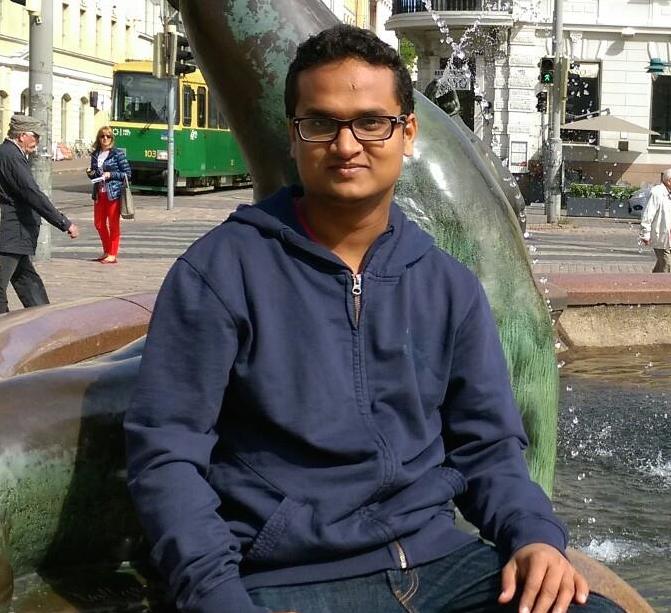 With multiple titles such as ‘one man army’, an ‘ambassador for the WSO2 security domain’, and ‘father of XACML’, Asela is an integral part of WSO2. He is a celebrity in his own right as the writer of one of the most popular blogs (http://xacmlinfo.org/) in the security space. He is also famously known for carrying a water bottle around whenever he’s overseas (not to drink, but because only toilet paper isn’t ideal). He is a mentor to many and generously shares his knowledge with everyone. Asela has been a devoted employee at WSO2 for the past 8 years and has made it his home. He has quite literally lived in each Sri Lankan WSO2 office (our snooze room and gym showers are very accommodating) and the popular belief is that had he not got married he would still be living at Palm Grove. “Although Asela worked remotely in Finland for a short period of time, he migrated back to Sri Lanka because of his attachment to the company and its people,” said a colleague. He even had a go bag with toiletries in his car whenever he had to work late. We really admire your dedication Asela! 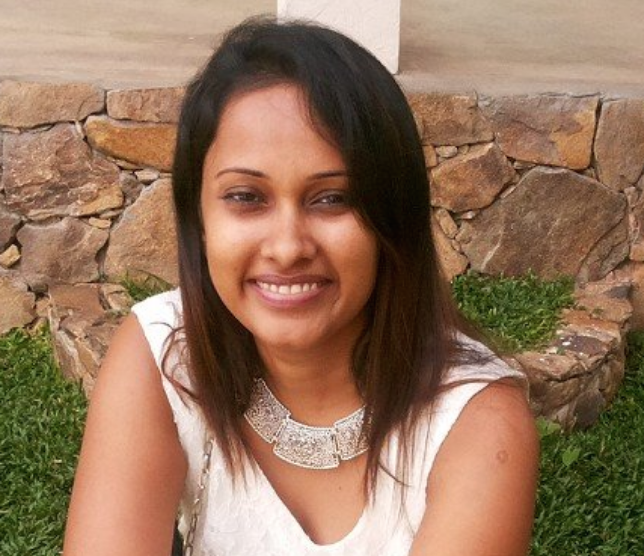 Traveling from Kiribathgoda? Meet the owner of “(Evan)Thika travels”, a term coined by her colleagues who make use of her carpool service. Evanthika was born to be a mentor and has been a pseudo therapist at WSO2 for the past 10 years. She guides both newcomers and those who’ve been at WSO2 for a while. Her teammates call her their best friend and counselor and she’s known to be a hardcore techie fashionista — not a combo you see often. “The culture is what makes me love WSO2. Becoming the quality assurance lead here was pretty special too,” said Evanthika about her experience at WSO2. She’s always cheerful and is the first person to yell “I’m in” if there’s any fun activity. She gives people due credit and makes sure everyone around her is having a great time. Thank you for being a good sport, Evanthika! 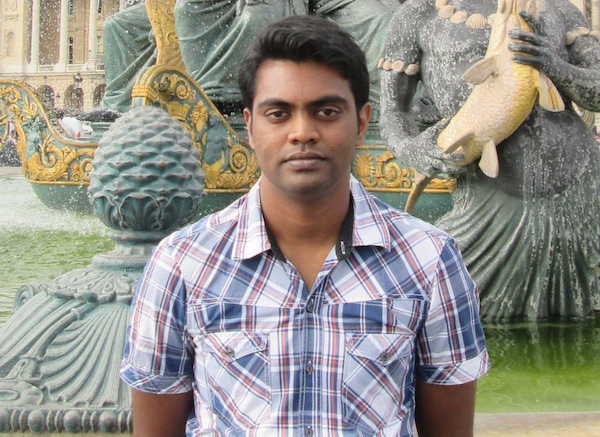 Suho is the kind of team player that hits home runs. So much so that even his intern project became a hugely successful product - WSO2 Siddhi (CEP engine) - that’s currently used by Uber. “That was pretty memorable,” recalled Suho. He’s well known for his leadership skills and intelligence and is also one of the friendliest guys with the best sense of humor. “Even though Suho’s a busy person, he always helps and advises team members on their problems,” said his colleagues. He often goes on walks where he falls into deep thinking — the faster he walks the more he thinks. Even when he sits down he starts shaking his leg to fuel his thought. Fidget spinners are clearly not for everyone. Despite his excellent work ethic, he’s rather a slob when it comes to his car, often waiting til it rains so the dirt washes off. That’s ok Suho, we get it. Thank you for prioritizing WSO2! 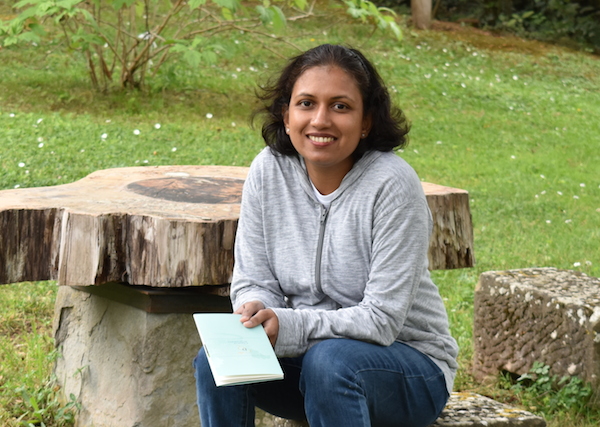 “She’s one of the pillars of WSO2, is an exemplary lady and everything that WSO2 stands for. Everyone looks up to her, especially all the new female engineers” said one of Dimuthu’s team members. If there’s anyone in the team that has a “never say die” attitude, it’s Dimuthu. She wasn’t raised to be a quitter, which is evident in how she taught herself to swim...online! Dimuthu is a hard working, committed person who brings the best out of everyone she mentors. She’s fun loving and always enthusiastic about trying out new things. You can tell how much her team loves her by the song they wrote for her when she returned from maternity leave. Keep shining Dimuthu! 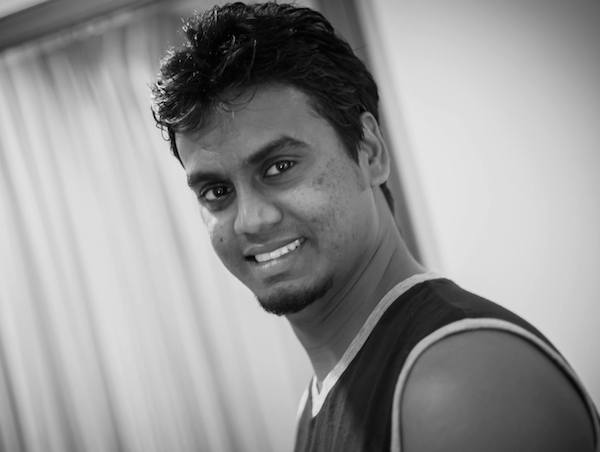 “Oka podi wadak (It’s a small job)”, Sameera said. Days into the project, everyone realizes it isn’t. It never is. We’re assuming he said the same about BallerinaLang. All stories about Sameera are R-rated and best kept a secret. We can probably talk about his talents as a cha cha dancer, but let’s not go there. The things he loves most in life can be ranked in this order: Leopards, photography (which he’s extremely talented at), table tennis and then perhaps his wife. He’s an excellent leader who drives his team while looking into every individual’s needs. His vast technical knowledge makes him a great problem solver too. But don’t expect a serious response from this brilliant mind when talking about life, he’ll most likely act dumb and avoid it. Thanks for being the cool smart you, Sameera!

We’d like to thank each and everyone — past, present and future — who have shaped and will shape WSO2 into an exciting place to work in.

Here’s to many more years of hard work and fun!