Time for a CEO Change in WSO2 It is my pleasure to announce that effective today, I have stepped down from my job as CEO of WSO2 and that Tyler Jewell will be taking over. Nope; I am not going anywhere, I will remain as Chief Architect and will also become Chairman of the Board. Tyler will be joining the board too, of course. 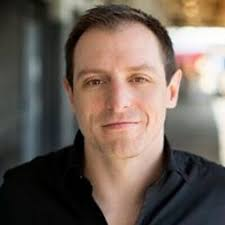 Tyler is no stranger to WSO2 — he first reached out to me via a cold-call email in November 2010 while he was head of investments in Quest Software. Quest went on to make a $4M investment in May 2011 and Tyler joined our board at the time. After Quest was acquired by Dell, Tyler left and went to Oracle as VP of Cloud and later returned to become a partner in Toba Capital, the VC firm set up by the ex-Quest Chairman Vinny Smith after he completed the acquisition. Tyler re-joined our board then. Later, Toba acquired Dell’s investments including the WSO2 shares and became a larger shareholder. In 2013, after we fought off an acquisition offer, Toba bought the shares of Intel Capital (our first investor) and other shares and ended up as the largest shareholder of WSO2. Tyler remained on our board throughout and was a key part of surviving that acquisition challenge!

In 2013, Tyler also founded Codenvy, became its CEO and built it to become the leader in cloud IDEs and developer workspaces as a service. In June this year, he sold the company to RedHat. After successfully completing the transaction, Tyler left RedHat in August.

Was bringing Tyler on board initiated by our shareholders?

No. I reached out to Tyler, convinced him, then the board members and finally the shareholders that this is the right thing for WSO2.

I am handing WSO2 over to Tyler because I believe that this is absolutely the right thing to do for WSO2 and all its stakeholders; i.e., shareholders, employees, partners and of course our customers.

Paul and I (along with a 3rd person who’s long gone) started WSO2 more than 12 years ago. We’ve had a pretty good run in these years - we now have a 5-product portfolio that offers a superb digital transformation platform, 400+ customers, 490 employees, a recurring revenue business that’s growing really well and one that will be profitable this year. Yes, profitable.

Oh and Dr. Paul’s back as CTO too, after finishing his Ph.D. in IoT Security.

We also have a few additional rocket ships we’re building. However, let me first focus on Ballerina - the new programming language we’re creating.

Ballerina will end integration as we know it. It will also dramatically simplify writing microservices. Importantly, it will end the reign of configuration-over-code in enterprise app development and will make code great again. Yeah it's a big deal. Ballerina is what I’ve been focusing on for the last year and more. While my Ph.D. was not in programming languages, I have a long history of working on languages and really enjoy the power language creation gives to shape how people think. Ballerina embodies everything that I’ve learned in my nearly 30 years of being in the IT industry and absolutely embodies what WSO2 has learned in the last 12 years of its existence. Yeah it's serious shit.

While I’m pretty good in technical stuff (if I may say so myself ;-)), taking such a rocket ship and positioning it to the market, driving its evangelization and making it win in the marketplace is not where I know I’m the best in the world at. I also know that a lot of that needs to happen in the US, the land where technology trends are created.

This is absolutely not just about Ballerina either. We have several other rocket ships in our portfolio and more on the way. Plus, our entire portfolio of products really is simply a hell of a lot better than anything else to digitally transform an enterprise. Tyler will, of course, own that too and will help improve the positioning, packaging and marketing of our digital transformation story to get it to market domination status. In other words, you ain’t seen nothing yet.

Tyler also understands that this is a massive long term opportunity that he’s taking on. We’re both not in a hurry, we have the legs and stamina to take on the market in a marathon and beat them.

That is why I’m leaving as CEO and giving control of WSO2 to Tyler.

What will I be doing?

I’m not going anywhere - I will be a having a ball putting 100% of my energy into my Chief Architect role, a title I gave myself a few years ago. In that role I will continue to nurture Ballerina and the rest of the WSO2 products’ overall design, architecture and scope.

At the board level I will be the chairman of the board as well.

Culture, values, Sri Lanka and all that kind of stuff

In the past twelve years I, and really all the people who’ve been part of the WSO2 journey, have built an awesome culture in WSO2 based on a set of core values that are all about doing the right thing for all stakeholders of our mission and oriented towards making the world a better place. Importantly, we’re also a culture that is always learning and always improving both at an individual level (for all involved) as well as at the company level.

It is silly to think that a change in CEO, especially the annoying, opinionated and (apparently, even though I don’t buy it) stubborn founding CEO, will not have some impact on how things will be done.

Culture is of course not a constant. Those of you have been subjected to my various preaching sessions in the last 12 years will remember this quote by Chamath Palihapitiya about culture that I’ve repeated often:

"Fight for the culture the way it should be…not the way it was or the way it's becoming."

So of course things will change, but will only change the way we all make it change.

I’ve always told people that if you want to be successful you must aim for the stars - and maybe you’ll at least land on the moon. The hard work of the last 12 years has us orbiting the moon, ready to slingshot off it and head for the stars.

As the founder of WSO2, I have always given it everything I had. I’m looking forward to continuing to do that and to “come home” to the technical world which I love, to help WSO2 slingshot off the moon and head for the stars.

It's been a privilege and an honor to start a company and grow it from birth to a reasonable sized global business with operations in Sri Lanka, UK, US, and Brazil. I’ve learned a few things along the way (e.g., I’m finally able to read a P&L .. but not a balance sheet yet; it's BS after all) and can safely say I lost no hair doing it.

I’m most thrilled, humbled and proud of the people I’ve worked with. There are so many people who’ve been here through the entire journey - basically never leaving after they joined. We have all grown, and not just in years, but in maturity, in smarts and just overall as human beings through the WSO2 journey.

Another aspect I’m very proud of is the more than 100 folks who’ve left WSO2 to go to graduate school. Of that, around 50 have now completed PhDs in Computer Science. I’m very bullish on people getting more and more education (and Ph.D. is hardly the end) and it's great that so many have done that. And more are on the way - and many of the people who have worked in WSO2 for many years have earned PhDs of their own, even though we don’t call them doctor!

From the bottom of my heart, thank you to everyone who has made the last 12+ years amazing, awesome and incredibly educational for me.

I would be lying if I said I wasn’t feeling sad to give my baby over to someone else. From amongst all the people in the world, I believe Tyler Jewell will do a fantastic job taking this toddler and making it into a teenager!

So actually I’m not sad but excited instead. Excited at the potential we have in front of us. Excited by working with Tyler. Excited at the thought of having more time to be technical and write code again.