Its time to update on some management changes in WSO2. Tyler became CEO of WSO2 in September 2017 and has decided to move on from WSO2 to pursue an opportunity in the investor side of the equation. Sometimes you do get opportunities you can’t say no to!

Before updating on what comes next, let me take this opportunity to thank Tyler for the hard work he did as CEO. When Tyler joined and I stepped down, I wrote a blog introducing him - so I won’t repeat that info here.

I’ve been around quite a few years now but I don’t think I’ve ever seen anyone work so hard! Tyler epitomizes 24x7x365 and brought an amazing amount of energy and passion to everything he did during his tenure as CEO. In particular, Tyler brought a strong business focus to the company as previously we were much more tech focused. He helped re-organize our sales system in a more componentized way to help it scale better. He did numerous things across the board to keep the company growing - delivering another year of 50% YoY growth while maintaining cash flow positive execution.

Vinny Smith is joining the WSO2 board and becoming Executive Chairman! Who’s Vinny?

Vinny is the founder of Toba Capital, an investment firm committed to helping create and build incredible technology companies.

Vinny began his career working for Oracle working in a variety of sales and sales management positions. From 1998 to 2012 he was responsible for leading the strategic direction of Quest Software and served as CEO/Chairman. Under his direction, Quest became a leading enterprise systems management company, scaling from just 25 employees to more than 4,000 employees worldwide and $1B in revenue.

Prior to joining Quest, Vinny cofounded Insight Venture Partners, which remains a leading venture capital firm based in New York. In the early 90’s he cofounded Patrol Software which he financed, managed, and sold in 1994 to BMC Software.

Outside of software, Vinny is an investor in real estate development projects throughout California. His foundation, Teach a Man to Fish, does philanthropic investing focusing on enabling passionate entrepreneurs who are devoted to vital causes. He is an advisor and financial supporter of organizations like Fuel Freedom, Gen Next Foundation, Augies Quest, Cure Duchene, Orphaned Starfish, Orange County High School of the Arts, MiddleBridge High School, and Mount Saint Joseph High School.

Vinny holds a bachelor’s degree in computer science from the University of Delaware.

I first met Vinny a few months after Quest invested in WSO2. Later, after Quest was bought by Dell and Vinny went on to starting Toba Capital, I had the pleasure of working more closely with him.

Over the last several years, with successive investment rounds and with Toba buying Intel Capital’s shares in WSO2, Toba is now the majority share holder in WSO2.

Vinny’s been a passionate supporter of WSO2 and extremely bullish about the potential of the company. He has also been very committed and passionate about building a company that’s heavily based out of Sri Lanka and seeing it become a global player. Just as a reference, in 2018 Gartner, Forrester and KuppingerCole named us market leaders in Integration, API Management and Identity & Access Management, respectively. WSO2 is now an established player in the market and is here to stay!

I have long chatted with Vinny about getting him to join the board and become active in the company. He finally felt this is the right time as we’re now at a meaningful scale and his experience and expertise in building Quest from a small size into a billion dollar revenue business will really help us scale.

So it's absolutely awesome to have him not only join the board, but also take over as Executive Chairman! Being the Executive Chairman means he’s not just providing strategic guidance as a board member but in fact the executive in charge of the company. I’m utterly excited to have him on board in this way and look forward to a fun ride! 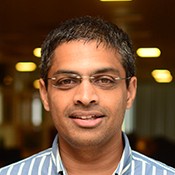 Shevan Goonetilleke, who’s our current Chief Operating Officer, will be promoted to President and COO and will take overall ownership of all business functions. With that he will own sales, marketing, pre-sales, delivery, admin, finance, HR, legal - basically everything that’s key to the company’s success as a business. Congratulations and good luck Shevan! 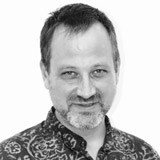 Paul Fremantle, co-founder and CTO, will also be reporting directly to Vinny. Paul’s CTO office team is now nearly a dozen and they are responsible for long term thinking and big picture aspects of everything we do. 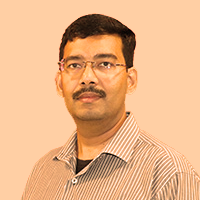 Selvaratnam Uthaiyashankar (Shankar), who heads R&D is now SVP of R&D and will be reporting to Vinny as well. With Vinny coming on board and with additional long term thoughts, we expect to significantly increase our R&D investment over the next several years.

With Vinny becoming Executive Chairman of the company I will of course be stepping down from the Chairman role. I will however continue to be on the board.

In addition, my work on Ballerina will continue with added gusto. We’re still finalizing details but after close to 3 years of work, Ballerina is nearly ready for prime time! We’re hoping for a summer blockbuster release!

WSO2 will then go all out on Ballerina and do a bunch of stuff. My involvement in product vision, strategy, and architecture will increase with the new structure. I look forward to helping the company reap benefits from the major investments in Ballerina.

Further, I will be part of guiding WSO2’s technical strategy for the long haul. As a tech company, we always have to look 5 – 10 years down the road and build towards that. I enjoy thinking long term and look forward to working closer with the incredible team in WSO2, and Vinny, to build the company to awesome heights!

It's going to be a great ride.