Different types of throttling policies and level of applicability

There are several policy types that are applicable for the above levels. Those policies can be categorized as follow:

Policy types discussed above are the main types of throttle policies available in the API Manager. Figure 7 shows the complete diagram of the applicability of above policies at different levels.

A typical API Manager deployment pattern will change slightly along with the changes introduced in the new throttling implementation. Given that it’s required to have a separate policy engine to process data coming from every API call, an API manager deployment will require to have an additional instance to do the throttle policy processing functions. This additional instance contains Siddhi runtime that will process real-time API data and execute the throttle policies. The main components of a typical deployment of an API Manager with the new throttling implementation are as follows:

Figure 8 shows the deployment diagram with the new throttling implementation. It shows the interactions between the nodes and databases. Some diagrams below are used to separate the message broker instance for clear demonstration. Typically, production deployment will use a message broker that’s shipped with the traffic manager instance. 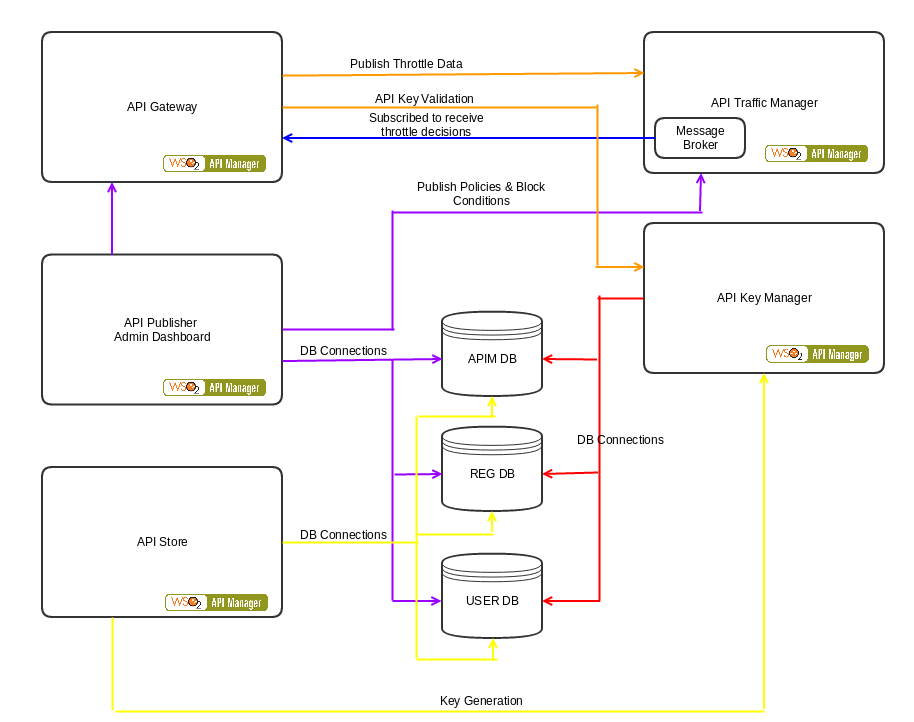 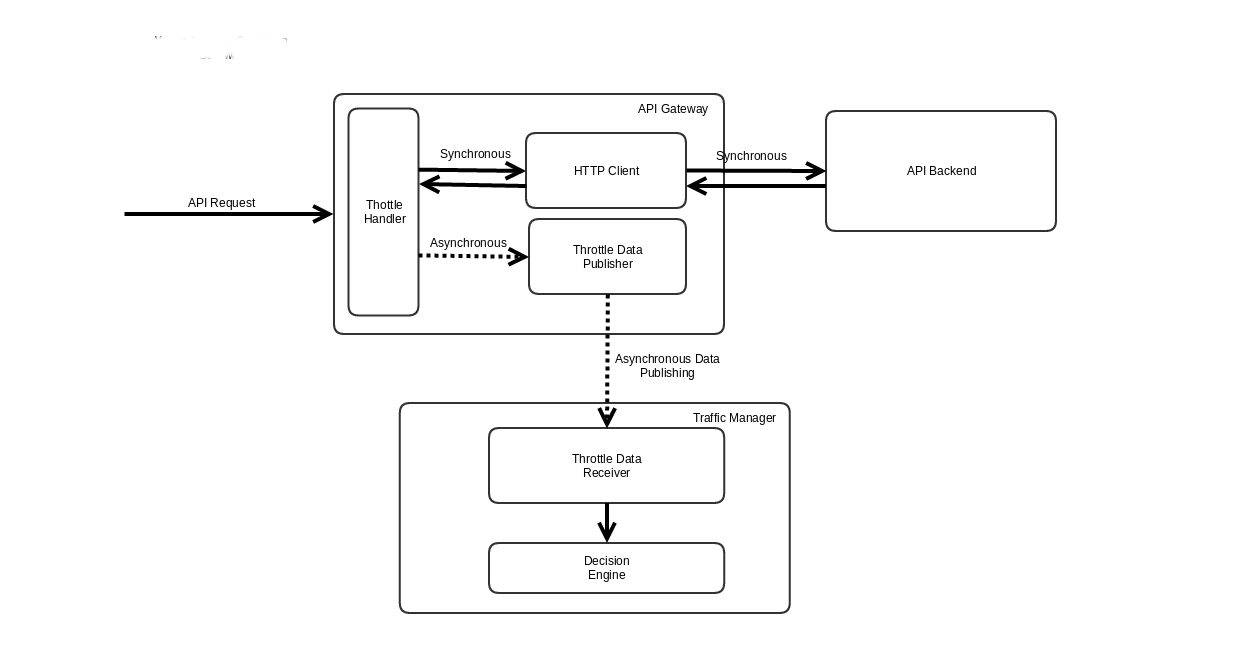 As in Figure 9, the throttle handler will extract the required data and pass it to the throttle data publisher that’s responsible for publishing throttle data asynchronously without affecting the API request. Message ID, Application Throttle Key, Application Tier, API Throttle Key, API Tier, Subscription Throttle Key, Subscription Tier, Resource Level Throttle Key, Resource Level Tier, End User, API Context, API Version, Tenant Domain of owner of Application, Tenant Domain of the owner of API, Application ID, Remote IP and API Name will be published for every request from the gateway to the traffic manager. If publishing request headers, and JWT Claims and query parameters are enabled, these data also will be published from every request that comes to the API gateway. 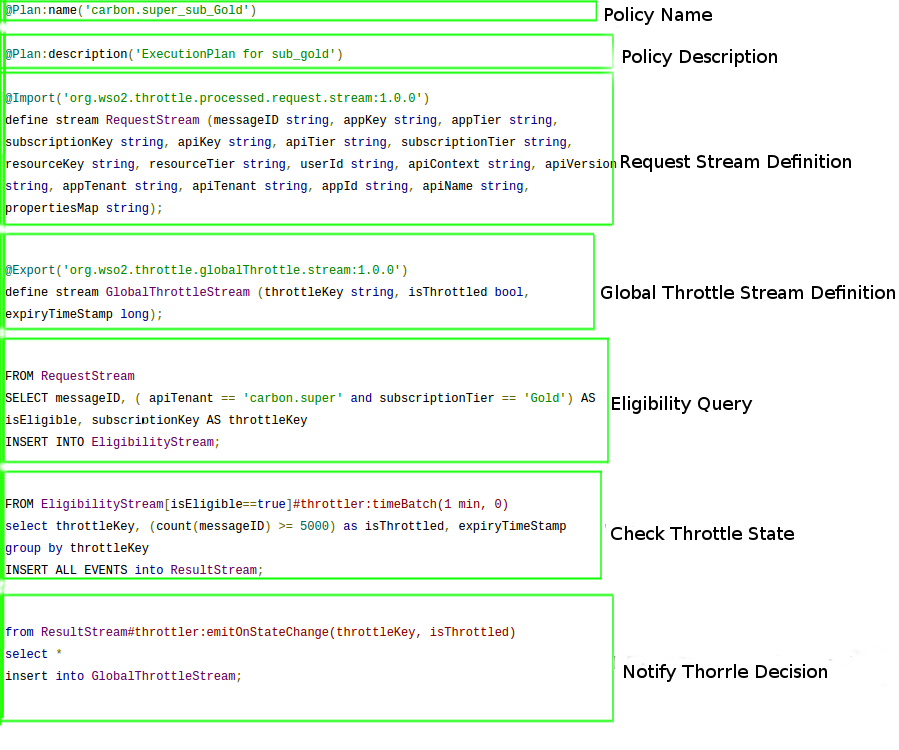 When a new gateway spawns it will fetch all available deny list condition from the key manager initially. Then block condition updates will be fully communicated through JMS messages.


Per token quota throttled out response