WSO2 ESB is the world’s fastest open source ESB and has been battle tested with thousands of deployments worldwide with
production use cases of over billions of transactions. The non-blocking HTTP transport of WSO2 which is known as Pass-Through Transport is the key component behind all this success.

This series of articles gives an in-depth analysis of WSO2 ESB’s Pass-Through Transport architecture for any advanced user
who is interested in knowing about it in detail.

This is Part III of this article and the main objective here is to give a comprehensive understanding of Pass-Through Transport implementation and the message flow inside the ESB non-blocking HTTP transport layers.

Pass-Through Transport is built on top of a state machine which inherits from the HTTP Core-NIO.

The initialization of the PassThroughHttpListener takes care of creating the instance of the NHttpServerEventHandler implementation of Pass-Through Transport, which is known as ‘SourceHandler’.

The SourceHandler receives all the events associated with any particular connection between the client and the ESB.

The ServerIODispatch, which wraps the SourceHandler, is used to notify various IO events from the listener. This is explained below.

Listening IO Reactor : The start method of the PassThroughHttpListener is responsible for creating the HTTP listener that can accept connection on a given port. This is known as DefaultListeningIOReactor. As the name implies, this is based on the reactor pattern that we discussed in Part I.

Finally, the DefaultListeningIOReactor will be executed on a separate thread by passing the above ‘ServerIODispatch instance. Which means, the reactor can notify the Source Handler via ServerIODispatch on various events related to specific inbound connections.

At this point, we are all set to accept any incoming request from the ESB’s HTTP interface (Pass-Through Transport). 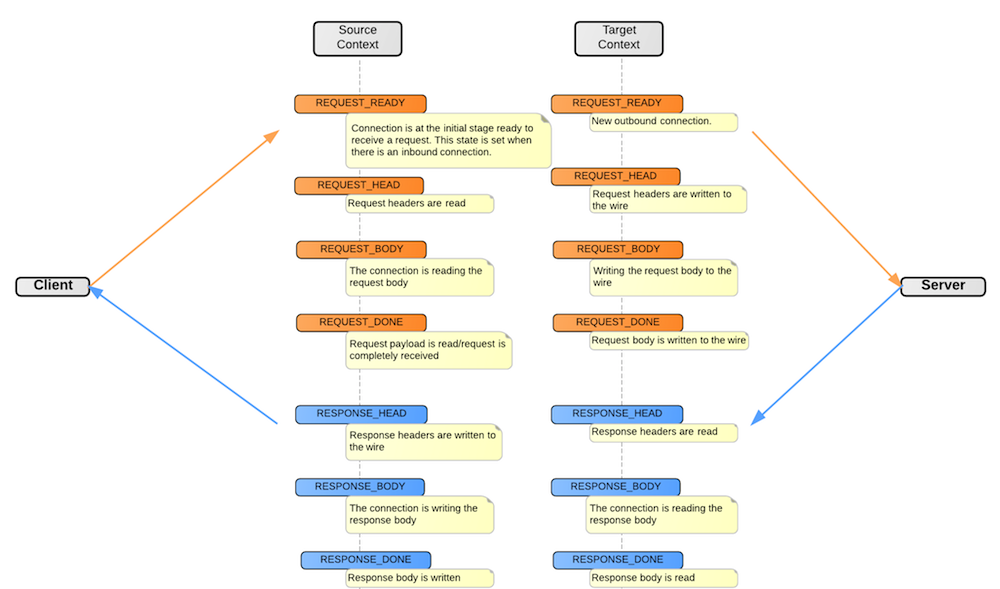 As we discussed in the previous section, multiple operations on SourceHandler and TargetHandler get triggered based on various events that occur in the HTTP Core layer. These different states need to be preserved internally for a given message flow (request/response). Therefore the state of the message flow needs to be kept on both the source and the target handler sides. The states are kept in SourceContext and TargetContext. The following state transition diagram gives a full overview of internal state transitions. 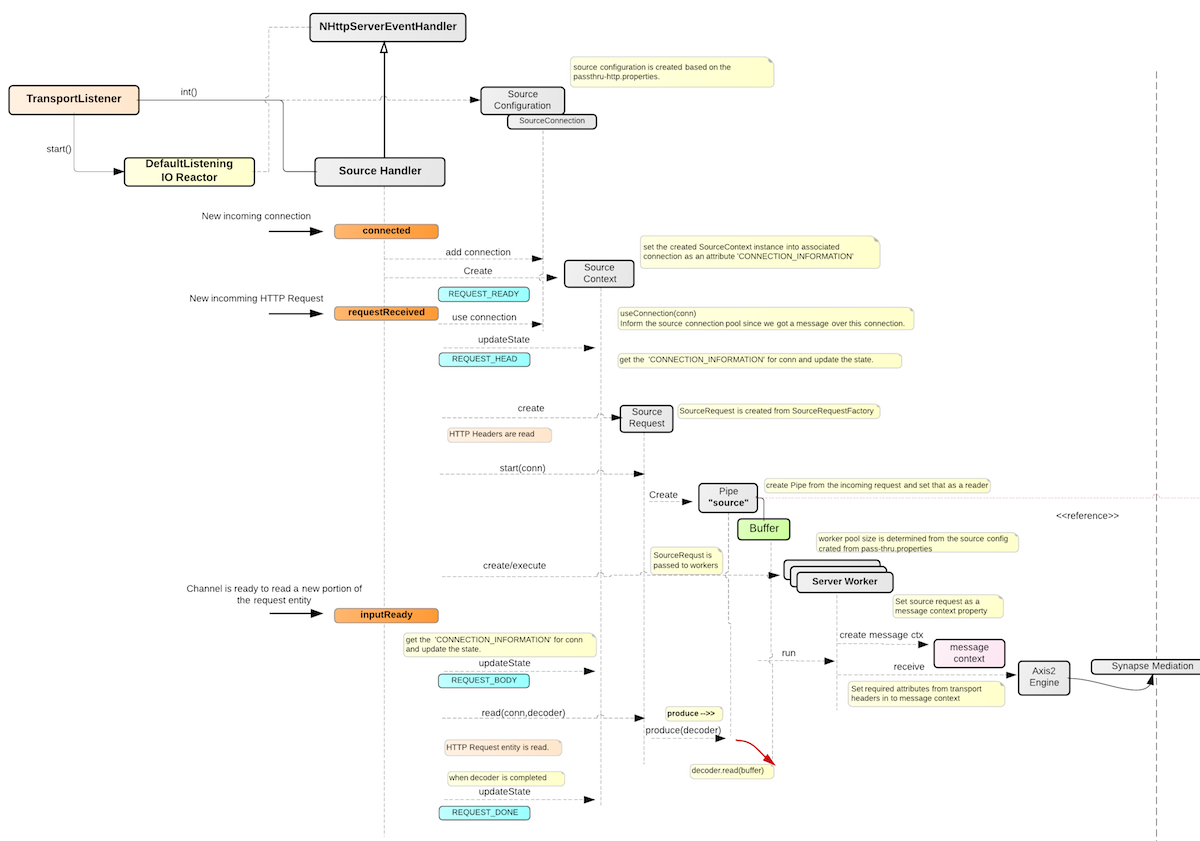 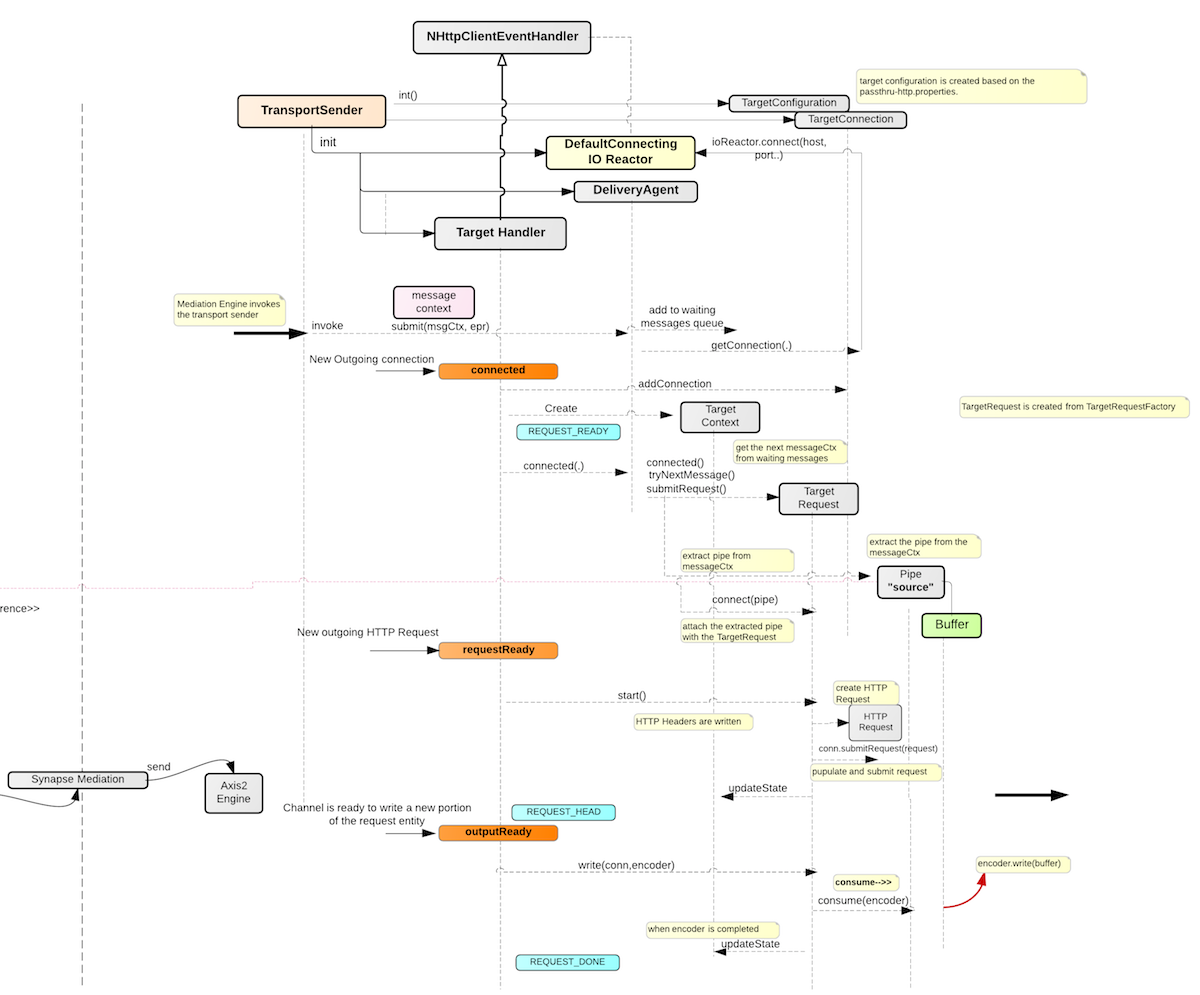 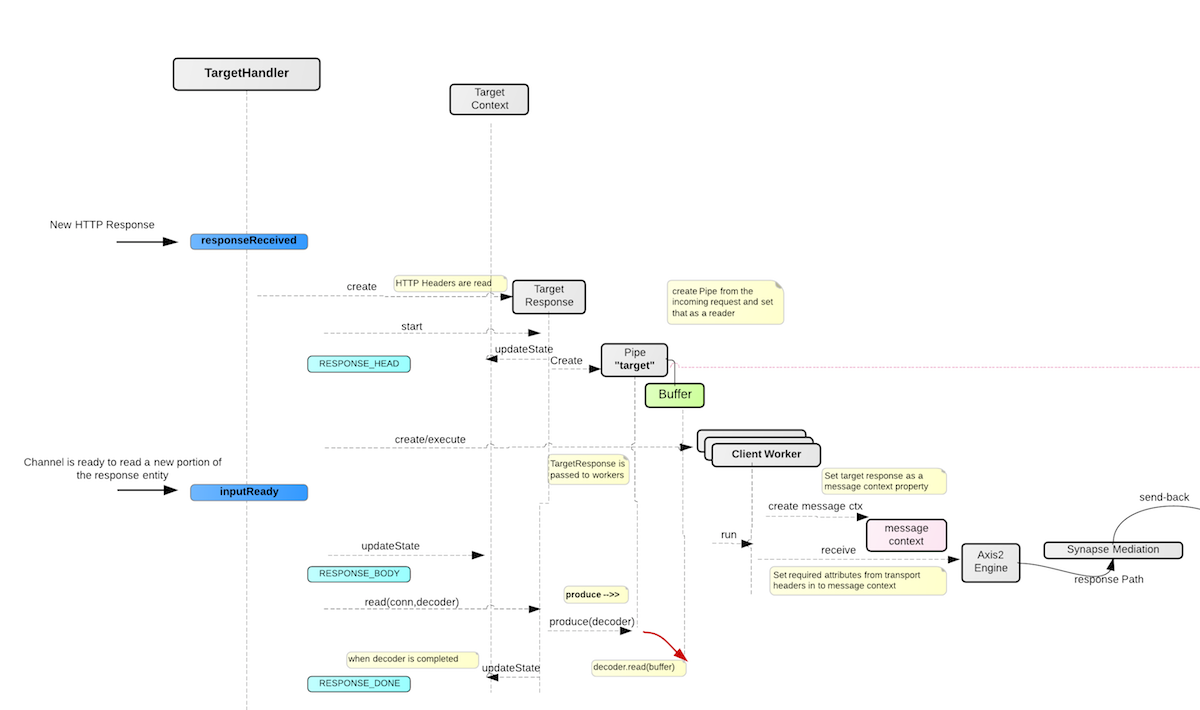 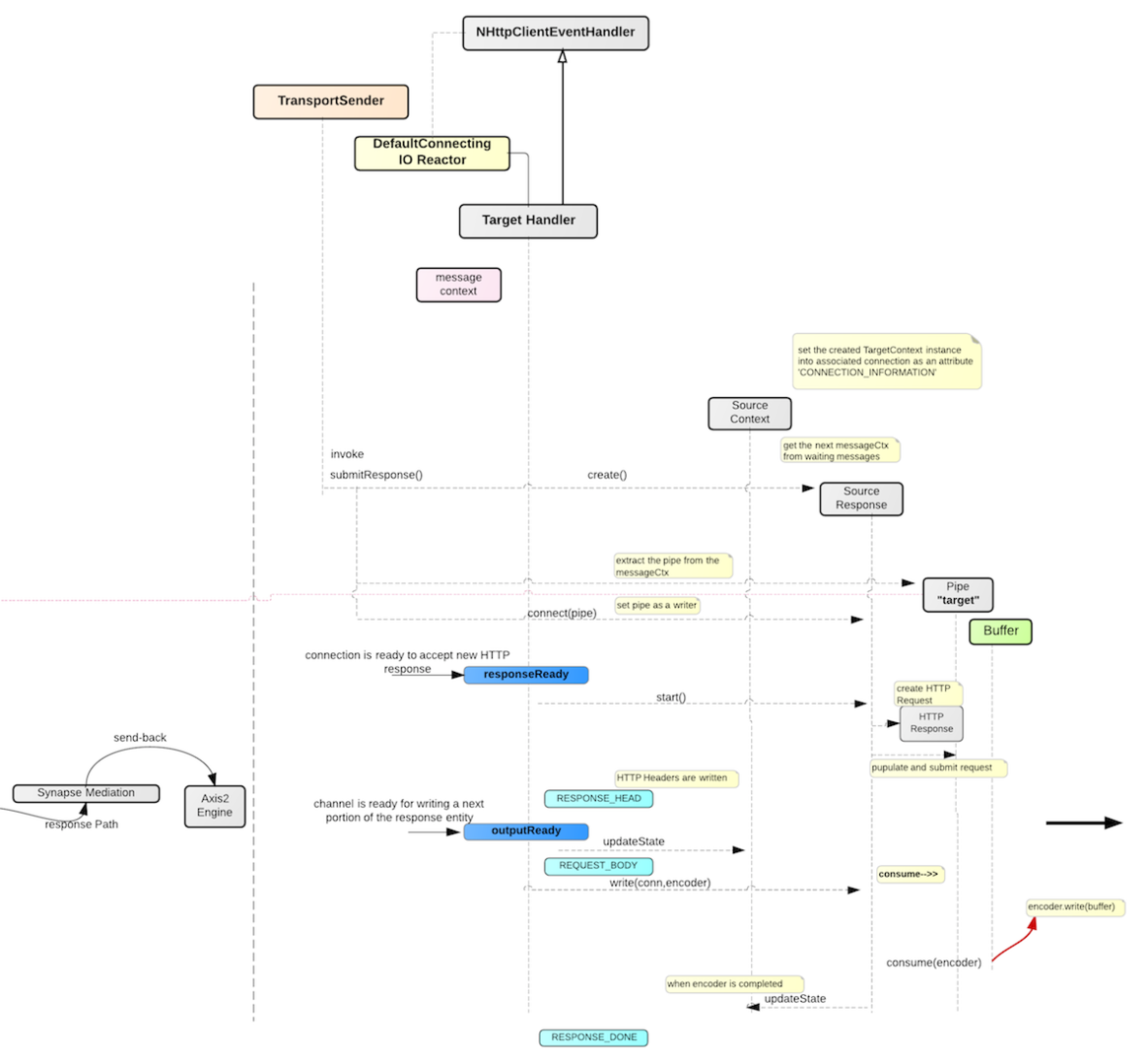