Quick Intros to JSON and JWT (Exclusively for Cat Lovers) In this post, I will give a brief intro to JavaScript Object Notation (JSON) and JSON Web Token (JWT) in a cat-lover-friendly manner.

JSON is a language-independent data format that is derived from JavaScript. The data in JSON format comes as human-readable text files with the

. These files are used to transmit data objects that comprise the following:

Following is a sample JSON that describes a cat. 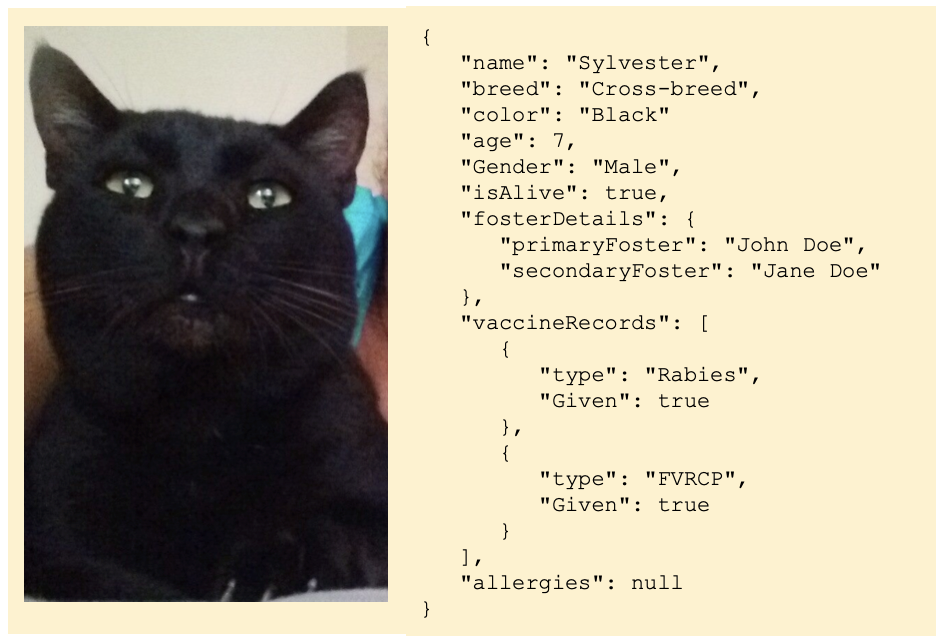 According to the specification, JWT is a compact, URL-safe means of representing claims to be transferred between two entities. 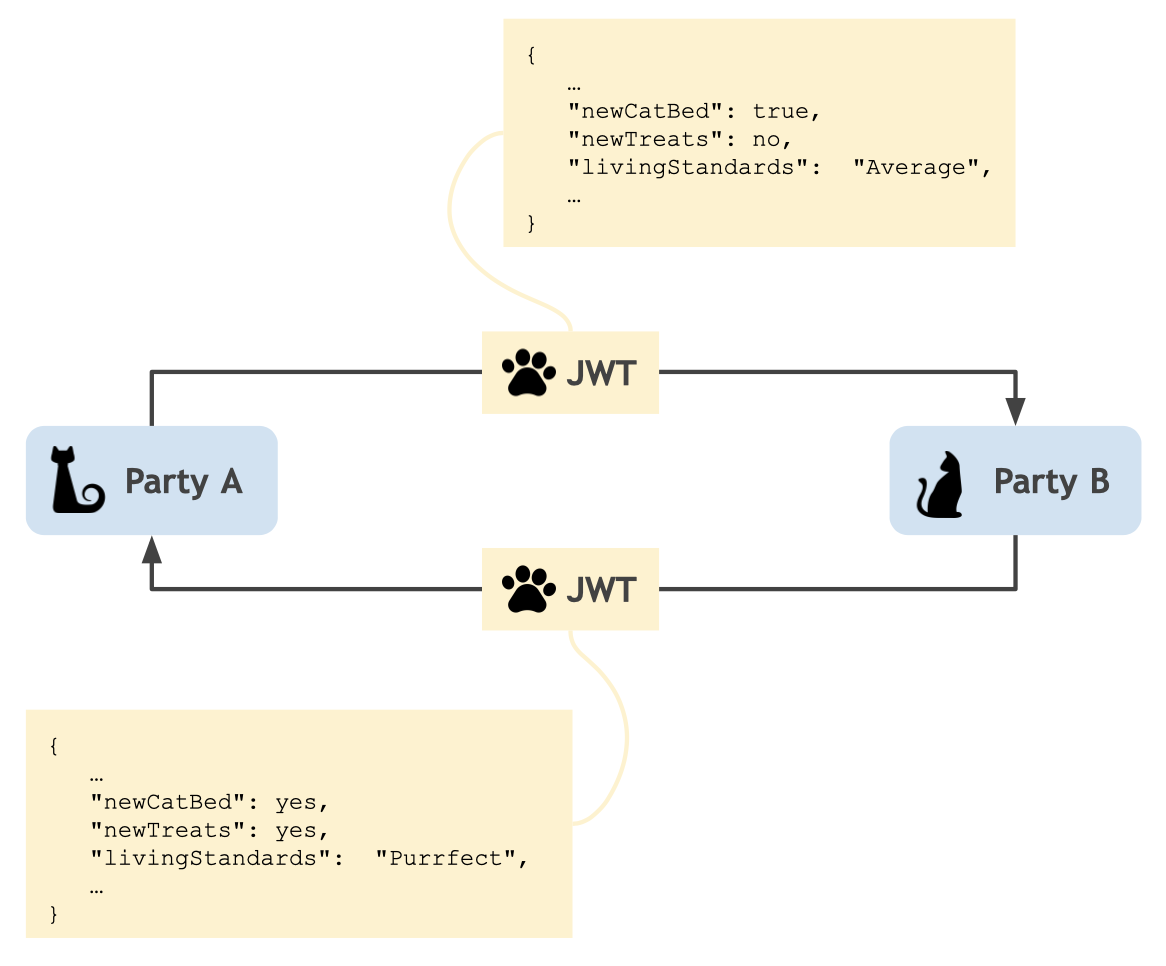 JWT, in fact, is a valid JSON object that consists of a header, payload, and signature and would look like something similar to what’s shown in the image below. 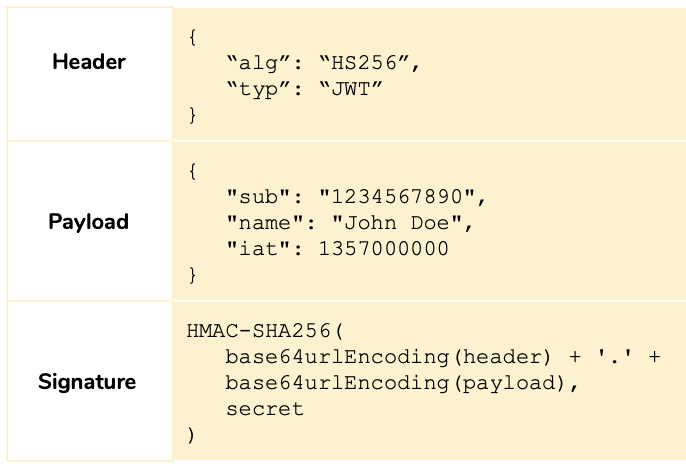 In the JWT, these components will be encoded and will be separated by a period (see below).

Let’s get to know more about these components.

The header of the JWT defines how the token’s signature should be generated and is usually composed of the following:

The header of the JWT is encoded using the base64 encoding scheme (see below).

The payload consists of a set of claim names and claim values. Following are some commonly used claims:

The payload of the JWT is also encoded using the base64 encoding scheme (see below).

The signature of the JWT is the hashed value of the encoded header and the encoded payload in the following structure.

Hashing can be done using either RS256 or HS256 algorithms.

RSA with SHA-256 (RS256) is an asymmetric algorithm that uses a public key and private key pair.

JWT format is used for ID tokens in token-based authentication. However, even though the JWT is encoded, it is not encrypted. Therefore, it is not recommended to transmit private information using JWT.