In an API management ecosystem, sometimes there are requirements for components from multiple vendors to work together:

Most modern API management systems provide API based integration capabilities between these components to avoid vendor lock-in. For this article, we assume that the necessary APIs are readily available for integration. If not, then you may have to build them before carrying out the integration.

Before deciding on third party AS integration, you need to be sure that an identity federation solution pattern will not work in your case. If your requirement is to simply use existing identities of your resource owners to login and provide consent to OAuth2 clients, then an identity federation solution pattern will be ideal. However, there can be other factors in your case that make this option impossible, such as:

If you can’t follow the identity federation approach due to one of the above reasons, then you may have to consider the below approaches. In this article, let’s look at two common solution architectures that can be employed to satisfy such requirements:

In this solution pattern the existing AS is completely replaced with one or more third party AS. Components such as the API Storefront, API Publisher, and API Gateway all need to directly integrate with all the third party AS

The first thing to be done is to proxy all the API calls that come into the AS from the OAuth2 client, the API Storefront, and the API Publisher through the API Gateway. This basically helps to abstract the complexity of dealing with multiple AS from the callers. Most API Gateways have the capability to include mediation logic in some form of scripting, to dynamically route requests based on context, without changing the core component. This approach immediately provides the advantage of being able to maintain the solution easily without requiring internal knowledge about the API management system.

The next thing is the integration in the API Gateway. APIs such as the OAuth2 resource registration for the API Publisher to consume, OAuth2 dynamic client registration for the API Storefront to consume, OAuth2 authorization, authenticate users and grant access with OAuth2 access tokens, OAuth2 access tokens introspection, OAuth2 access and refresh token revocation, and OIDC userinfo for the OAuth2 clients to consume all need to be exposed over the API Gateway, and a switch case logic needs to be implemented in each of these APIs to decide which AS to route to based on either context parameters, access token format, etc.

The actual APIs which are consumed by the API clients will also need to have a switch case logic to introspect the access token with the correct third party AS. 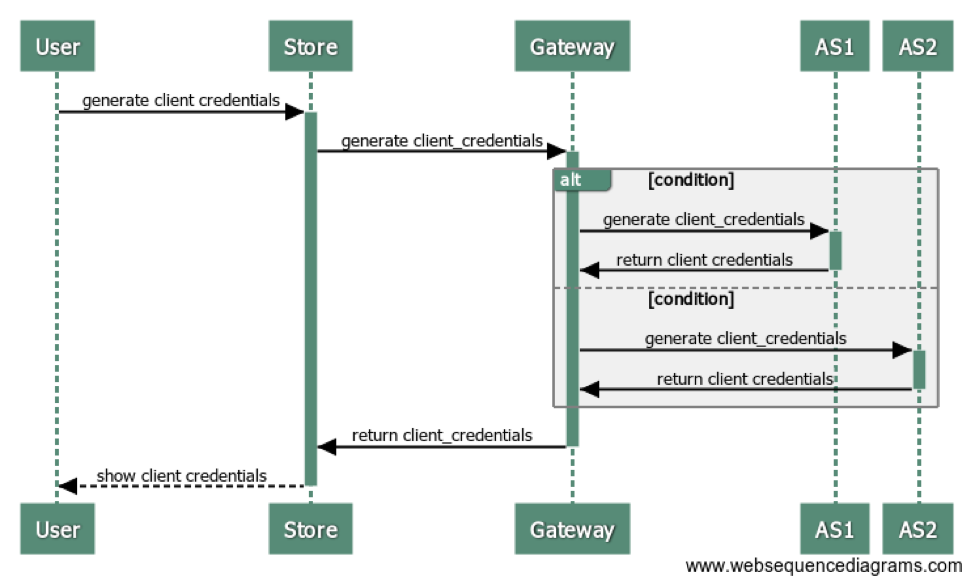 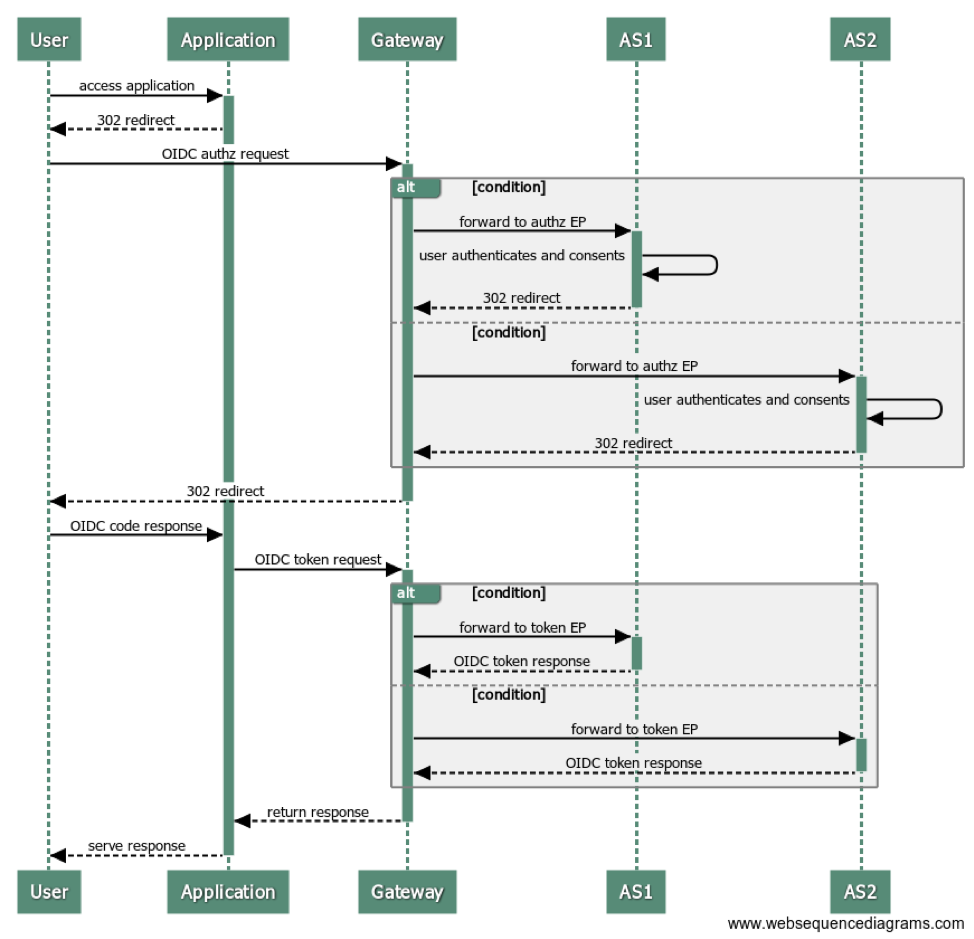 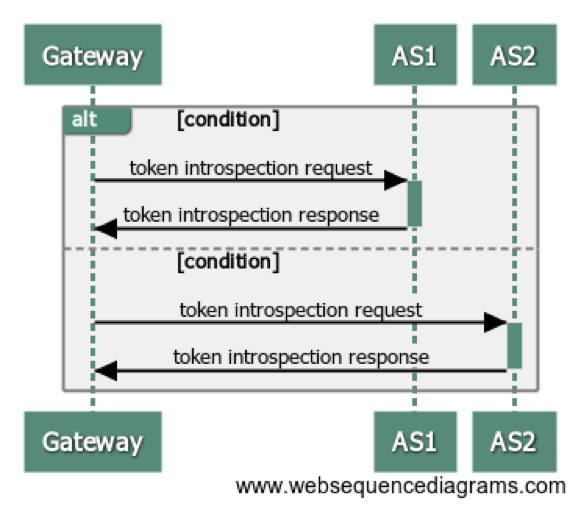 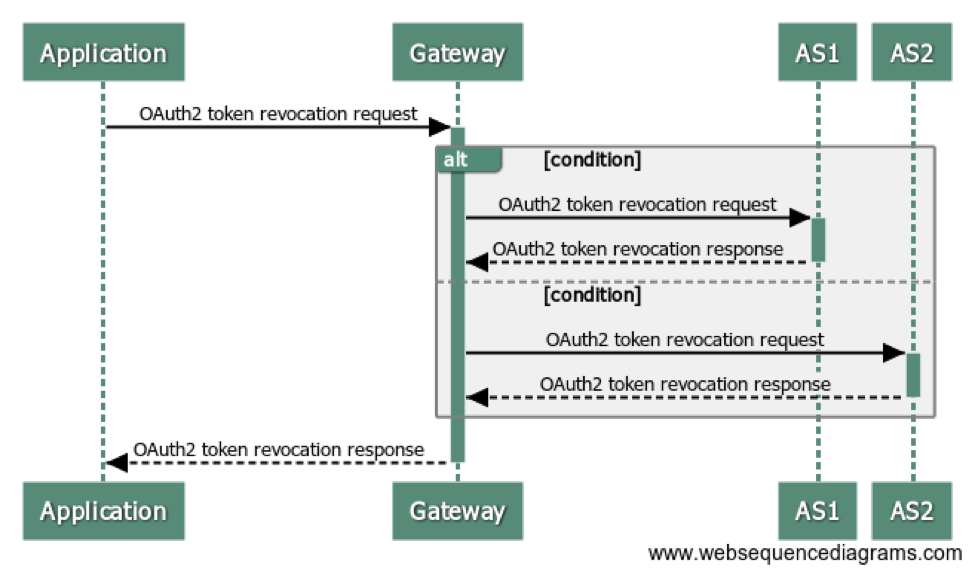 The built-in AS is represented as AS0 in the below sequence diagrams. Figures 6-9 illustrate the authorization server proxy solution in action. 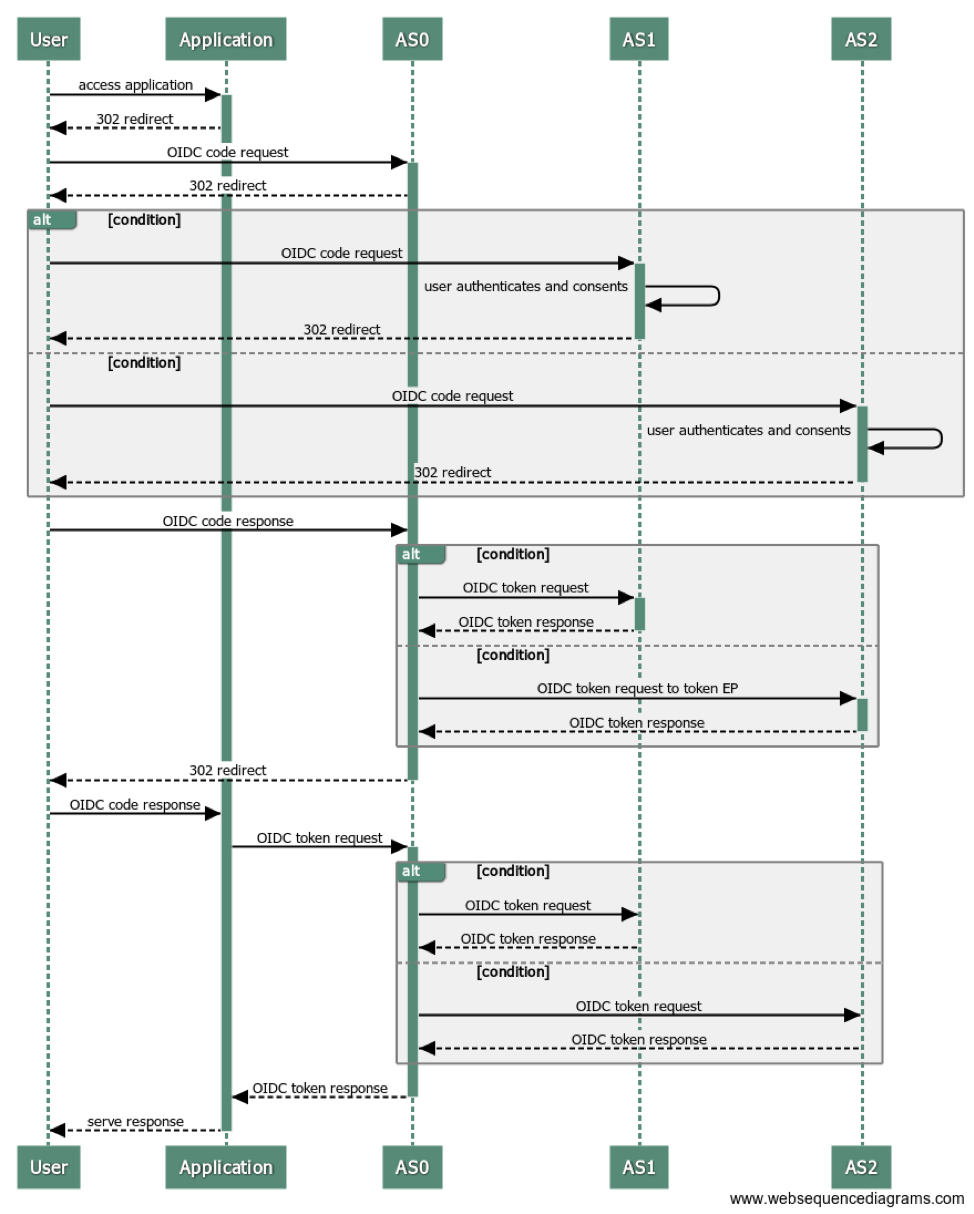 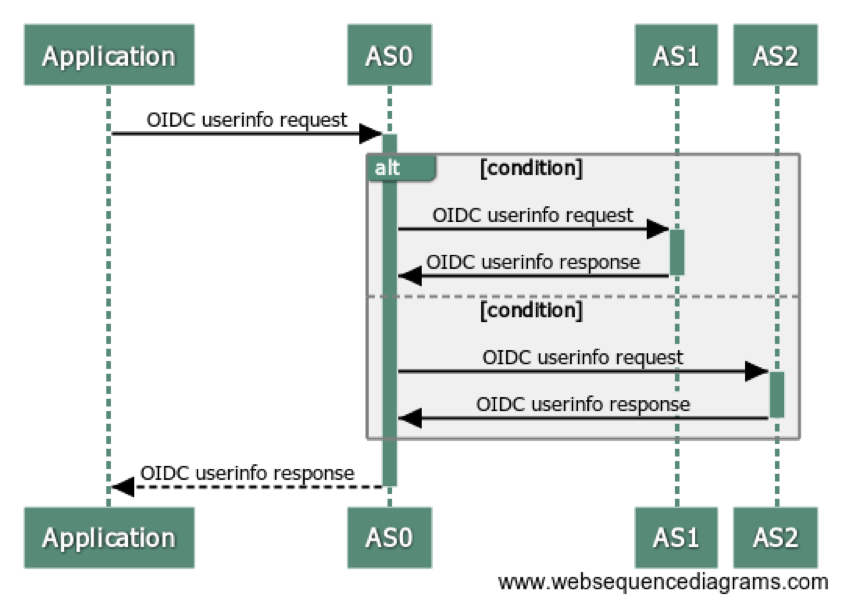 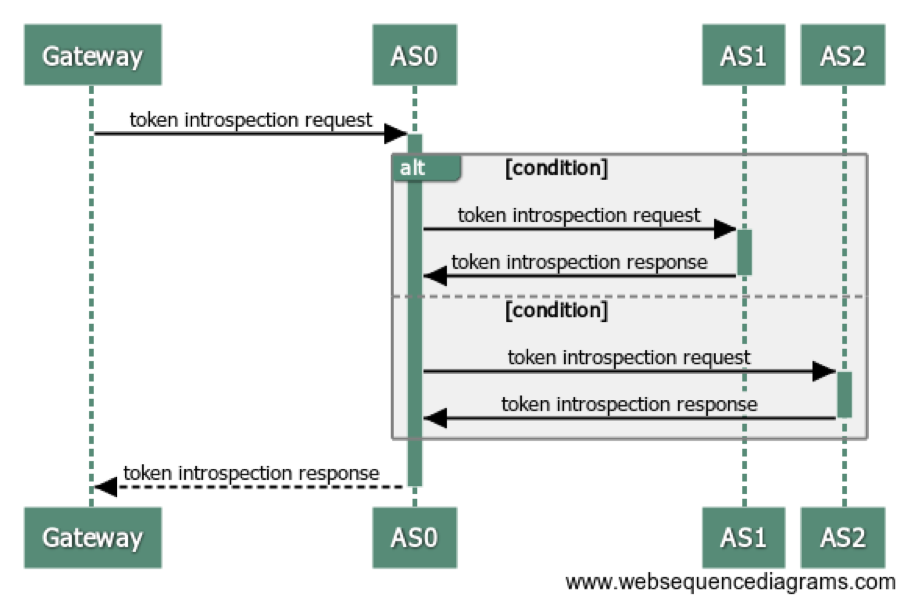 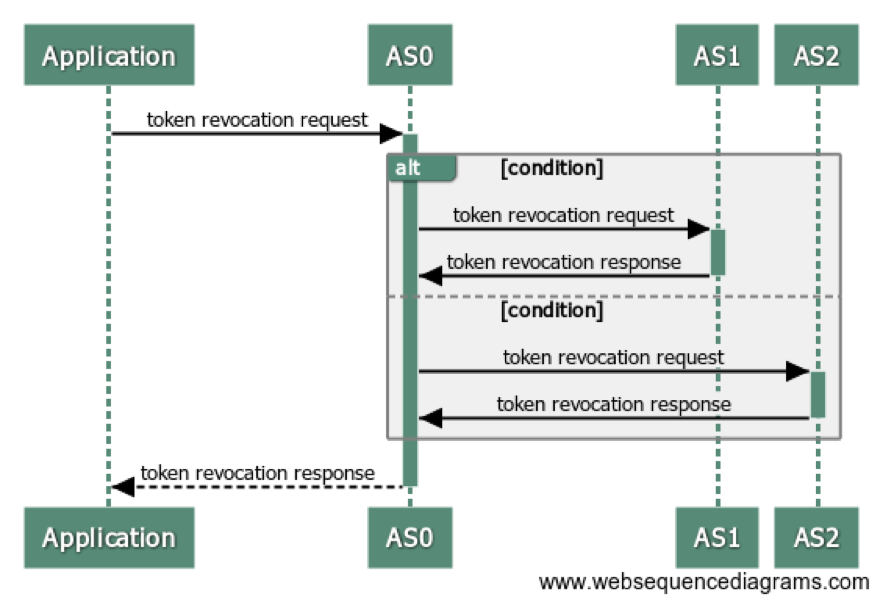 Due to particular requirements of WSO2 API Manager, the built-in WSO2 Key Manager component cannot be avoided completely when implementing this pattern. Therefore it supports something that very closely resembles the pattern, which we call the "third-party key manager integration" pattern. The deviation from the standard pattern is not so significant from a deployment perspective, in the all-in-one deployment model. However, it could become significant in a distributed deployment model when you need to add additional nodes to host the WSO2 Key Manager.

There are two deviations from the standard pattern already discussed: 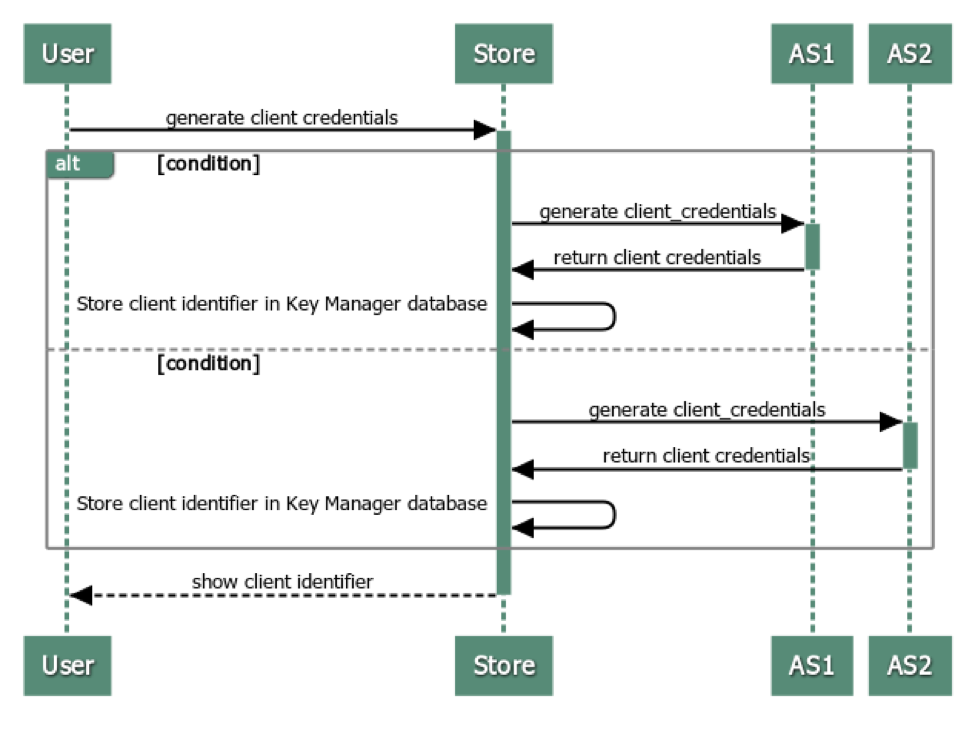 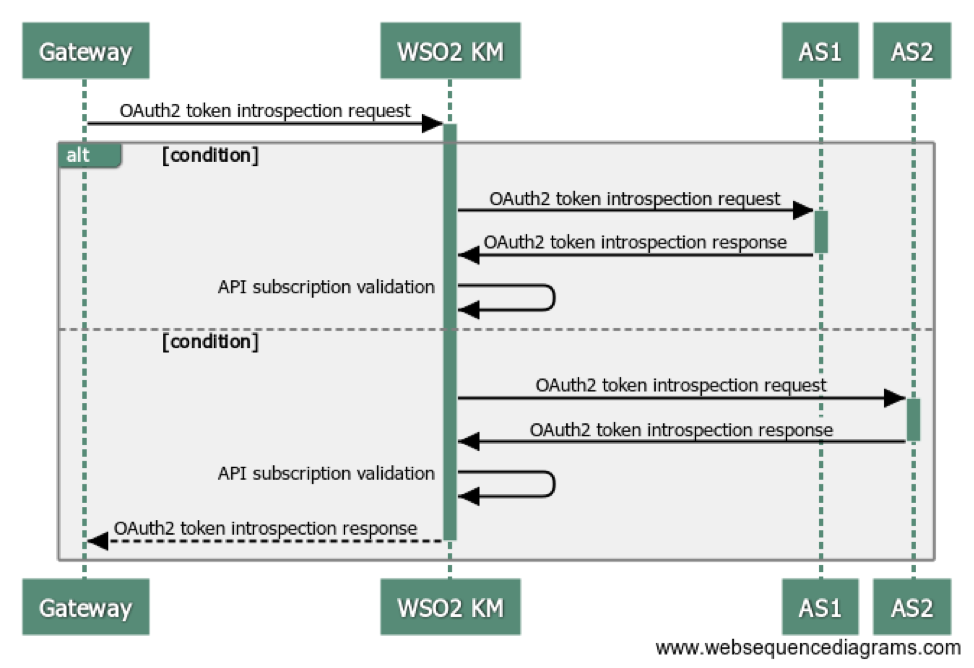 There are two minute differences when it comes to WSO2 API Manager compared to the standard pattern for this:

What is Federated Identity Management?