SAML 2.0 (referred to as SAML in this article) has been a widely used standard that provides the capability to authenticate, authorize, and federate identity between different entities. SAML is supported by many identity providers today and is considered the de-facto standard for providing single sign-on (SSO) and identity federation.

The capability to integrate with SAML allows an organization to provide a better user experience to its API consumers who consume APIs that are exposed via WSO2 API Manager. WSO2 API Manager supports SAML in multiple scenarios as listed below:

The ability to authenticate API invocations from a federated identity provider can be done using either SAML or OpenId Connect. Since this article focuses on the capabilities of SAML, we will only explore how this is done using SAML.

An SAML identity federation scenario is depicted in Figure 1:

Let’s look at how this scenario can be configured. We would be considering WSO2 Identity Server as the Federated SAML identity provider. We would also be running the API manager as an all-in-one node. For this sample, all nodes will run on a single machine with the following port offsets:

Once inside add the configuration given below: 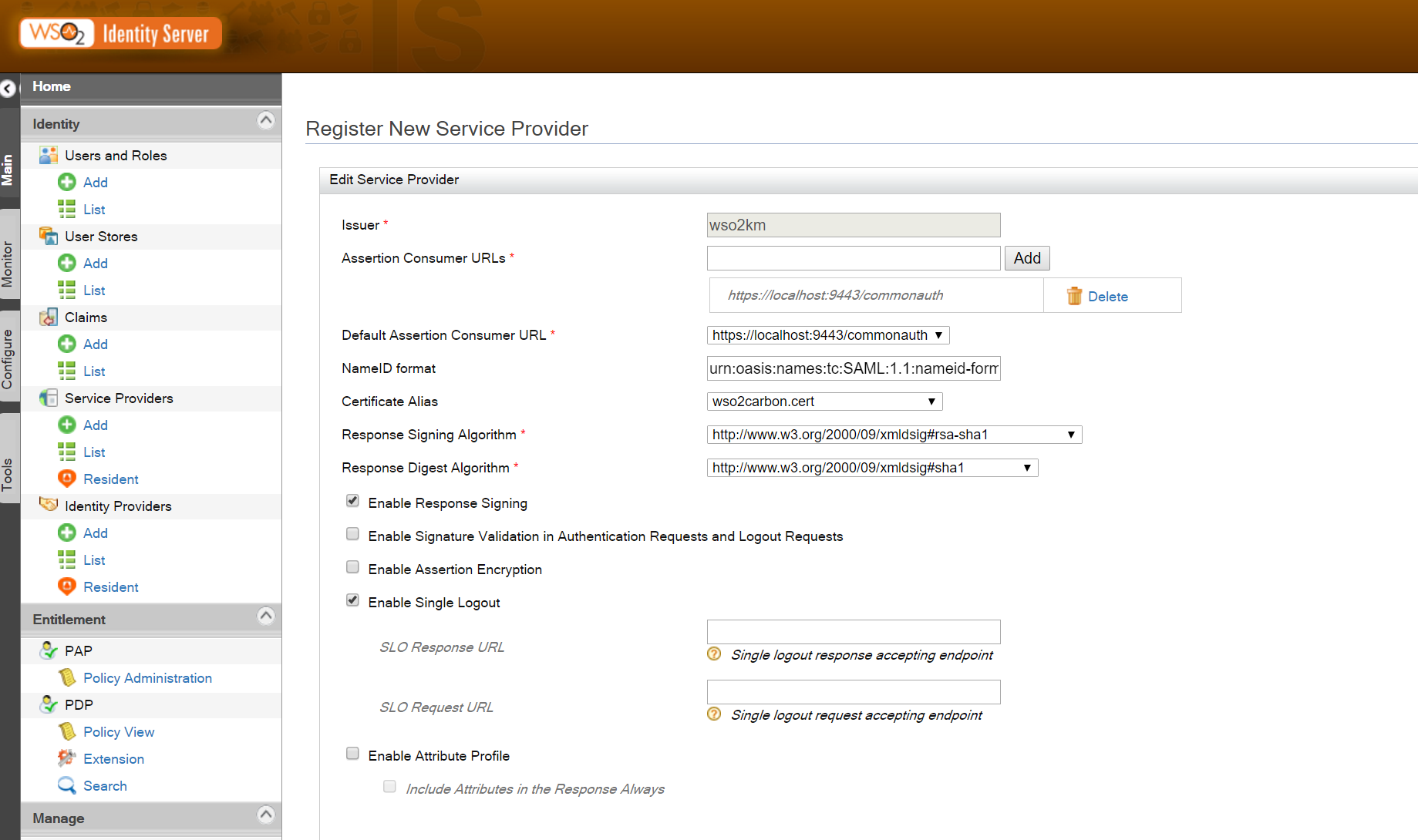 Once the above data has been entered you can register the service provider with the identity server.

Now you can log in to the API manager and create a new application to subscribe and invoke the API. When creating the application ensure to enable ‘Authorization Code’ and ‘Implicit Grant’ types as shown in Figure 5.

WSO2 API Manager uses OAuth 2.0 tokens to authenticate and authorize API invocations made by an application or a user. The API manager supports multiple OAuth 2.0 grant types that also includes a SAML 2 grant type. SAML 2 grant allows an application to exchange an existing SAML token to an OAuth 2.0 token to invoke an API via API manager. This allows an application that uses SAML SSO infrastructure to seamlessly consume APIs that are exposed via WSO2 API Manager rather than having to login again when accessing the API. The process involves creating a token, and accessing the API can be depicted in Figure 6.

Instructions on how to allow applications to use a SAML token to access APIs in the API manager can be found in the following documentation: https://docs.wso2.com/display/AM210/SAML+Extension+Grant 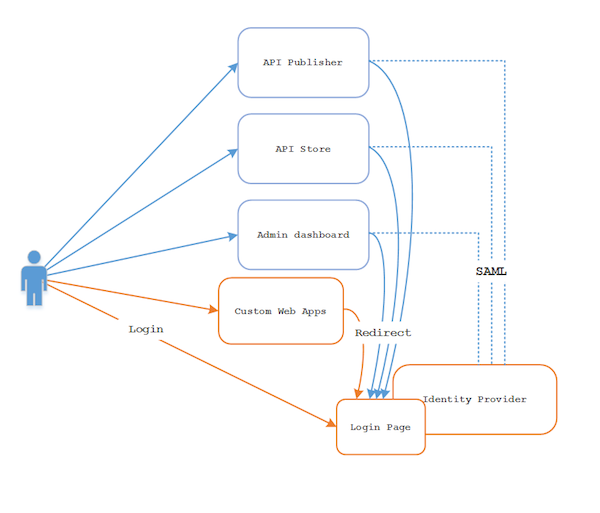 As illustrated here, if the user accesses any of the WSO2 API Manager interfaces, the user will be routed to a common login page of the organization's identity provider. The user can login via this login page and would be allowed to access SAML-enabled applications that are registered as service providers of the identity provider.

Instructions on how to setup SAML SSO for WSO2 API Manager can be found in the following document: https://docs.wso2.com/display/AM210/Configuring+Single+Sign-on+with+SAML2

The three use cases discussed in this article looked at how WSO2 API Manager supports SAML in various scenarios. This provides the capability for an organization to offer a seamless user experience to its users when using its applications and consuming APIs exposed by the organization.