In the most basic API security use case pattern, we have one API gateway, one authorization realm, and one or more resource servers. An authorization realm is where the resource owner will authenticate and authorize the OAuth2 client to access resources on his/her behalf.

In this article, I’d like to discuss some use case patterns that build on top of this basic pattern, to have a centralized API gateway and distributed authorization realms. 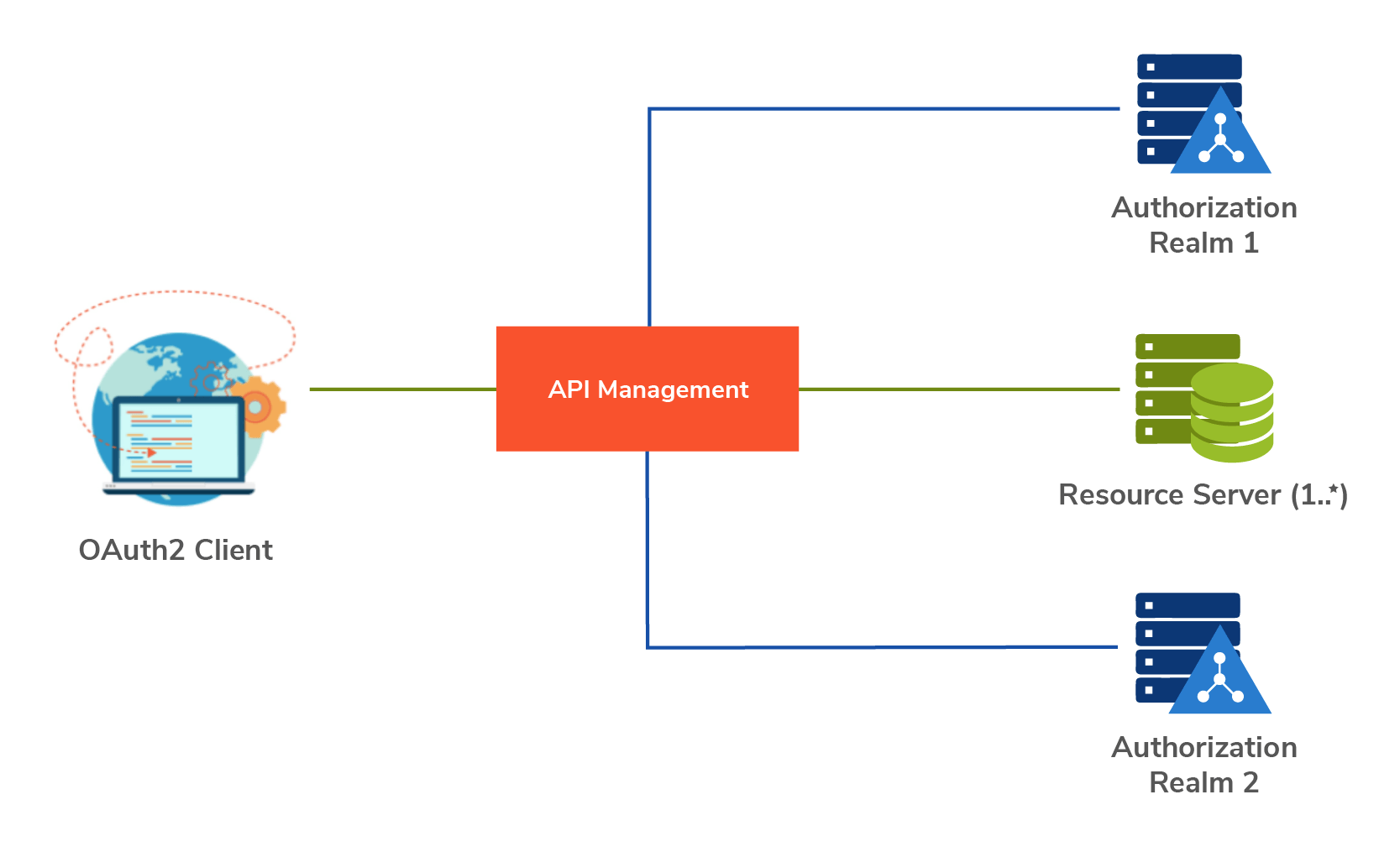 This use case is commonly found in organizations due to many reasons including the operation of identity silos for many years, data governance policies or regulatory compliance that forces organizations to store user data in specific data centers or jurisdictions.

There can be three variations of this use case:

In the first variation, where the authorization realms can only function as authentication providers, there are 2 patterns to solve it:

If the self-contained access token is in the format of a JWT, the “aud” attribute of the JWT can be used to express the centralized authorization server as an intended audience for the access token.

The access token generated from the distributed authorization server can have two separate parts. For example, the access token may be a Base64 encoded String of the following JSON structure:

In the third variation of the us case, we can actually select one of the above solution patterns from variations 1 and 2, by carefully evaluating the pros and cons of each solution pattern. In general, however, API integration between the centralized API Gateway and distributed authorization servers is discouraged.

In the solution patterns we’ve discussed above, we’ve introduced you to the “Federated Authorization Realm” pattern. This is where the OAuth2 authorization server federates with another authorization realm, and both servers in combination are responsible for the authentication of the resource owner and the delegation of authorization to the OAuth2 client. 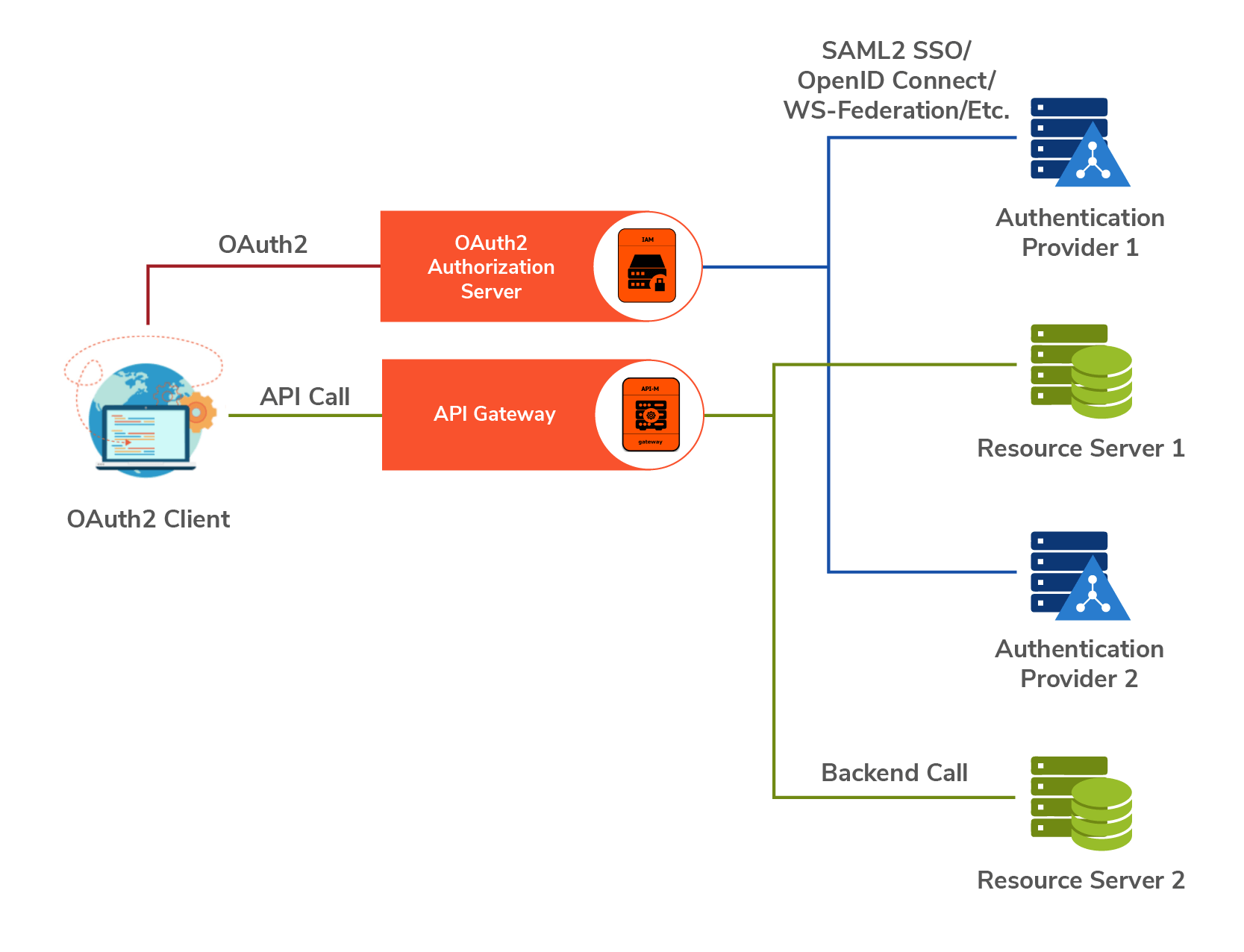 In order to support this pattern, in addition to what we’ve discussed in the federated login pattern in the previous use case, we also need the capability to dynamically route the API request to the appropriate backend resource server based on the authorization realm the user has authorized from. To transport this piece of information from the authorization realm to the API Gateway, we will use the following features:

For example, the access token may be a Base64 encoded String of the following JSON structure:

The use case patterns discussed in this article are patterns that we have repeatedly encountered over the years while working with multiple global corporations. We have now perfected implementing them using WSO2 Identity Server and WSO2 API Manager.