What is WSO2 API Microgateway?

WSO2 API Microgateway is a lightweight message processor for APIs. It is used for message security, transport security, routing, and other common API management related quality of service (QoS) functions. It can process incoming and outgoing messages while collecting information required for usage metering and throttling.

Setting up microgateways closer to your backend servers and on-premise not only reduces network latency but also enhances security as you can run it in a fully controlled environment with a selected set of APIs. You can run the microgateway in the regional data center where your service implementation runs or if needed you can do the same in your local workstation as well.

Key Advantages of an API Microgateway

Some advantage of using an API microgateway have been listed below.

Fits microservice architecture: Characteristics of a microgateway allows it to fit well into microservice architecture. Since microgateways have a small startup delay and consume fewer resources, it natively supports container-based deployments. When there is a requirement to scale, this can be done easily because of its design. Immutable, ephemeral gateways help to build cloud native API management solutions and if we have simple and infinitely repeatable deployments which use continuous integration/delivery it would be much easier with microgateways. Also, with these capabilities, server and node failures don’t result in your service going down.

Accelerate development: Unlike a full API gateway, users can easily run a selected set of APIs in a controlled environment within seconds using a microgateway. For example, if a developer needs to quickly debug an API invocation flow, then he can simply setup the microgateway in their local workstation without doing a full-blown deployment.

Low resource consumption and high efficiency: A microgateway can run with very low memory and CPU consumption. Its lightweight design allows it to load the minimum required components to process API calls.

Reduce network latency: Users can deploy the microgateway closer to their backend services when required. If needed, the microgateway can be deployed in a regional data center or the same subnet that your services reside in. With this, you don’t need to route your API calls through the Internet or different network segments.

DevOps friendly: No programming is needed to setup and manage a microgateway. It can be done only using configurations or environment variables that can override configurations. Also, if needed, you can easily integrate microgateway management with a container management system and automate the deployment process.

Enhanced security: If your API consumer and producer both reside in the same network or in close proximity then there is no point of routing that traffic through a cloud gateway. We can simply route the traffic through the microgateway. This helps to reduce network latency. Also, routing traffic within the same network boundaries help address security concerns and become compliant with certain regulations.

Here are a few scenarios where using a microgateway is advised:

Here's when you should use an API gateway:

How an API Microgateway Works

WSO2 API Manager comes with a microgateway toolkit which is responsible for microgateway related management tasks. This command line tool accepts commands issued by the user. It communicates with the API management core runtime (API publisher) to retrieve API metadata that is required to create the microgateway runtime. 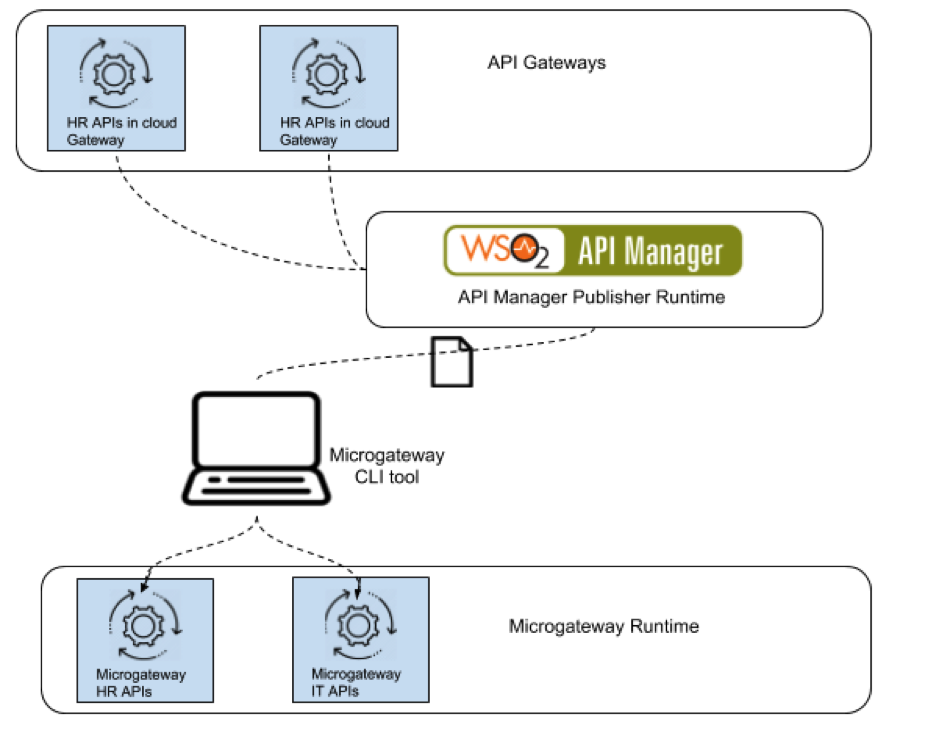 Figure 1: How the microgateway toolkit works with WSO2 API Manager

Most API management solutions have some sort of API gateway within their component stack. Typically it acts as the policy enforcement point and usage metering agent for API calls. It can also add some other QoS functions. If the API management solution is offered as a SaaS, then this gateway is typically running on a cloud deployment and users can access it through the Internet.

Some organizations have strict security requirements due to internal policies and all API traffic management through the gateway must be done on-premise. As discussed above there are some other advantages like reduced network latency also available with on-premise deployments. 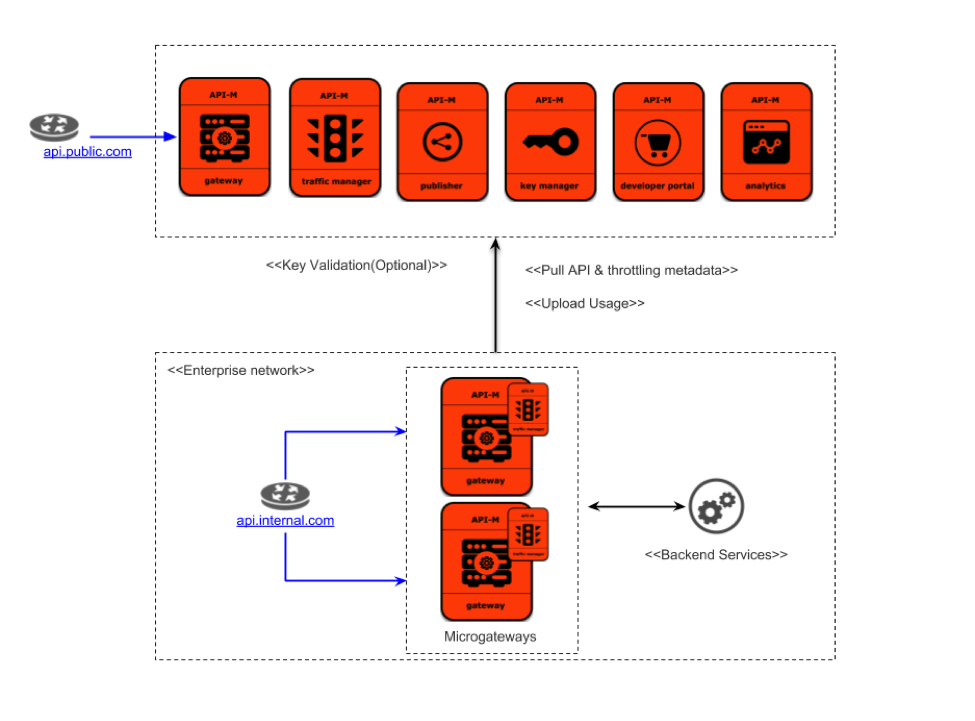 In hybrid API management deployments we will need to deploy gateways in a regional or on-premise data center. Most of the time these deployments contain just a gateway runtime. Since the microgateway design addresses requirements such as low startup time, less resource consumption and ease of configuration, it would be the ideal solution for regional on-premise deployments and can be used for cloud deployments as well.

When API traffic is routed through the API gateway, the incoming and outgoing messages are read and processed asynchronously to generate usage data. This asynchronous process allows the gateway to process messages without adding an additional overhead to the API invocation time. After extracting the required information from the messages they will publish it to specific streams and eventually write it to a file system.

In the gateway we have configured a periodic task to read these usage data files from time to time and send them to the central API Management system's analytics node as a compressed file stream. So the analytics node can read these files and summarize them as usual. Then from that point onwards, the analytics process has no difference in the microgateway scenario from the default synapse based gateway.

The Role of an API Management System

The API microgateway is a simplified version of the API gateway which fits into microservice architecture very well. Some of its characteristics such as its immutabile and ephemeral nature, low resource consumption, efficiency, and fast booting time help users to implement better deployment strategies including hybrid API management. Most importantly, WSO2 API Manager allows developers to experiment with the microgateway while the battle-proven API gateway and other components are used in their deployments.