In this article, we will briefly look at how gateways evolved to become microgateways with the current trends in the market, and how WSO2 API Microgateway fits perfectly into delivering those market trends and requirements.

Why We Need a Gateway

When developing a service or microservice, what major challenges would one face? In a production deployment, implementing functionality would be the least of your worries. The bigger challenges come when securing the services, limiting access to the services, visualizing service metrics, and exposing the services in a client agnostic manner. These are a common set of problems faced in every deployment when services are about to be deployed in production.

The old fashioned way would be to independently incorporate these capabilities into each and every service, but in the long run, this can be difficult to maintain as services might adopt different approaches towards each problem. This led to the most commonly adopted pattern where an abstraction layer was added on top of the service layer. This layer builds in common functionality like security, rate limiting, logging, transformations, caching, and analytics. 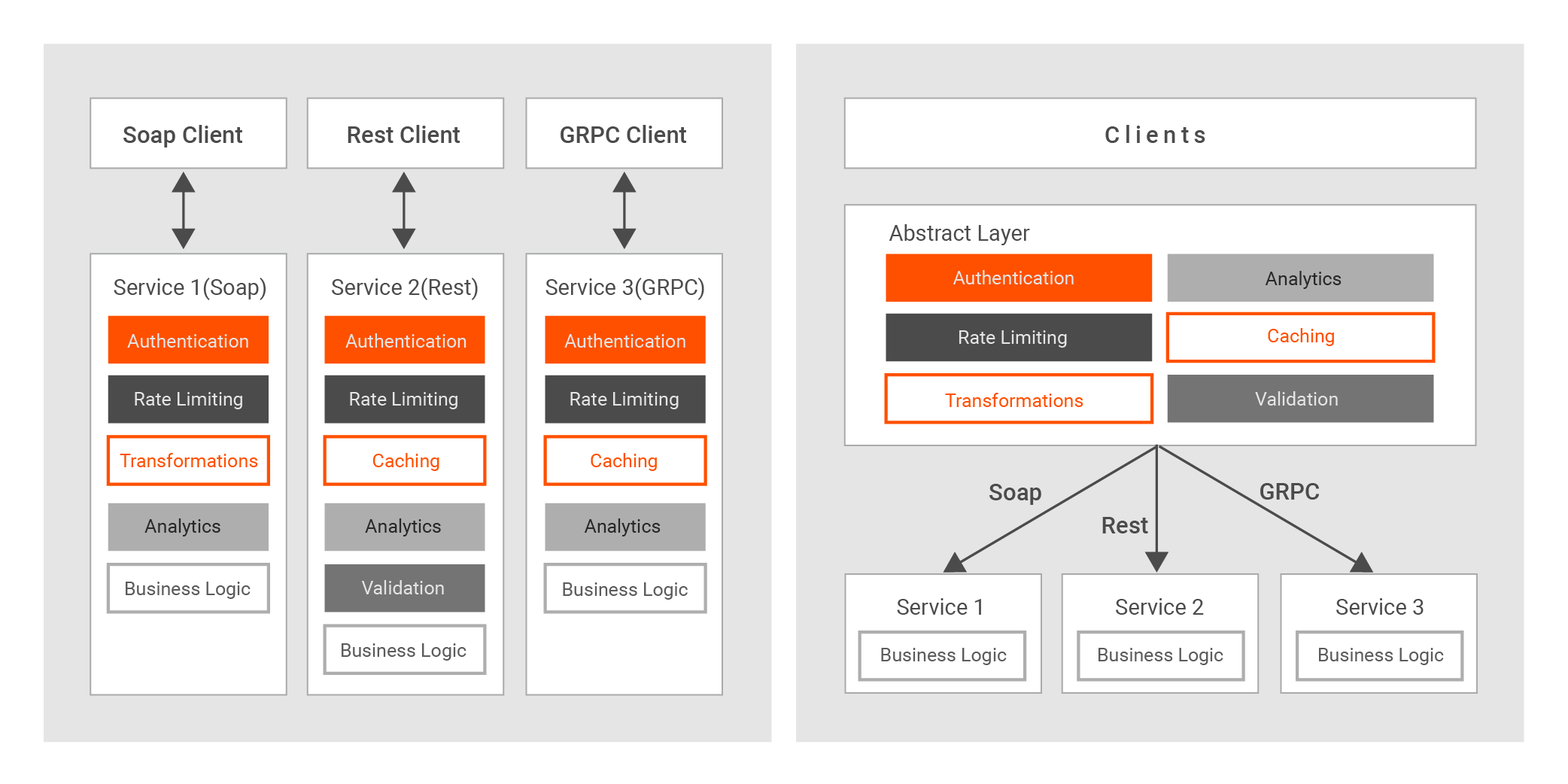 This abstract layer became a gateway for services as a proxy with quality of service (QoS) on top of it. The basic functionality of this API gateway is to act as a proxy with an abstraction layer and expose services to clients in a unified manner irrespective of their underlying implementations and protocols.

Why We Need a Microgateway

As the number of services within a deployment increased, handling service-to-service communication and scaling the gateway to cater to all services became difficult. Once services became interdependent and tightly coupled, deploying a certain part of the deployment when an upgrade is done to a single service was hard. This spaghetti architecture required redeployment of the complete system even when a slight change had been made to a certain service.

These problems led to new ideas that minimized the coupling between services and broke them down into smaller parts that did a specific business logic only. This does not mean that having a maximum number of services without interdependency would solve the issue. The idea is to identify a minimum set of services required with minimal coupling with each other in order to provide the desired capabilities. Hence the concept of MSA was developed and has now become a heavily adopted pattern by many organizations.

Having a large number of lightly coupled services makes the maintenance of the gateway layer more problematic. Because each microservice may have different scaling factors based on its business purpose, scaling the gateway to match all services will always end up either under- or over-utilizing resources. Gateway layers aren’t typically lightweight and require a substantial amount of resources, hence scaling them to match the most frequently used lightweight microservice would not be the ideal solution.

That’s why a dedicated gateway for a set of services or a cluster of the same services was needed. In order to cater to this idea of a per-service gateway, a lightweight, scalable, distributed gateway layer was required. The microgateway came into the picture to solve this issue faced by modern architecture patterns.

Modes of Deploying the Microgateway in MSA

In an MSA, microgateways can be deployed with microservices in the following manner: 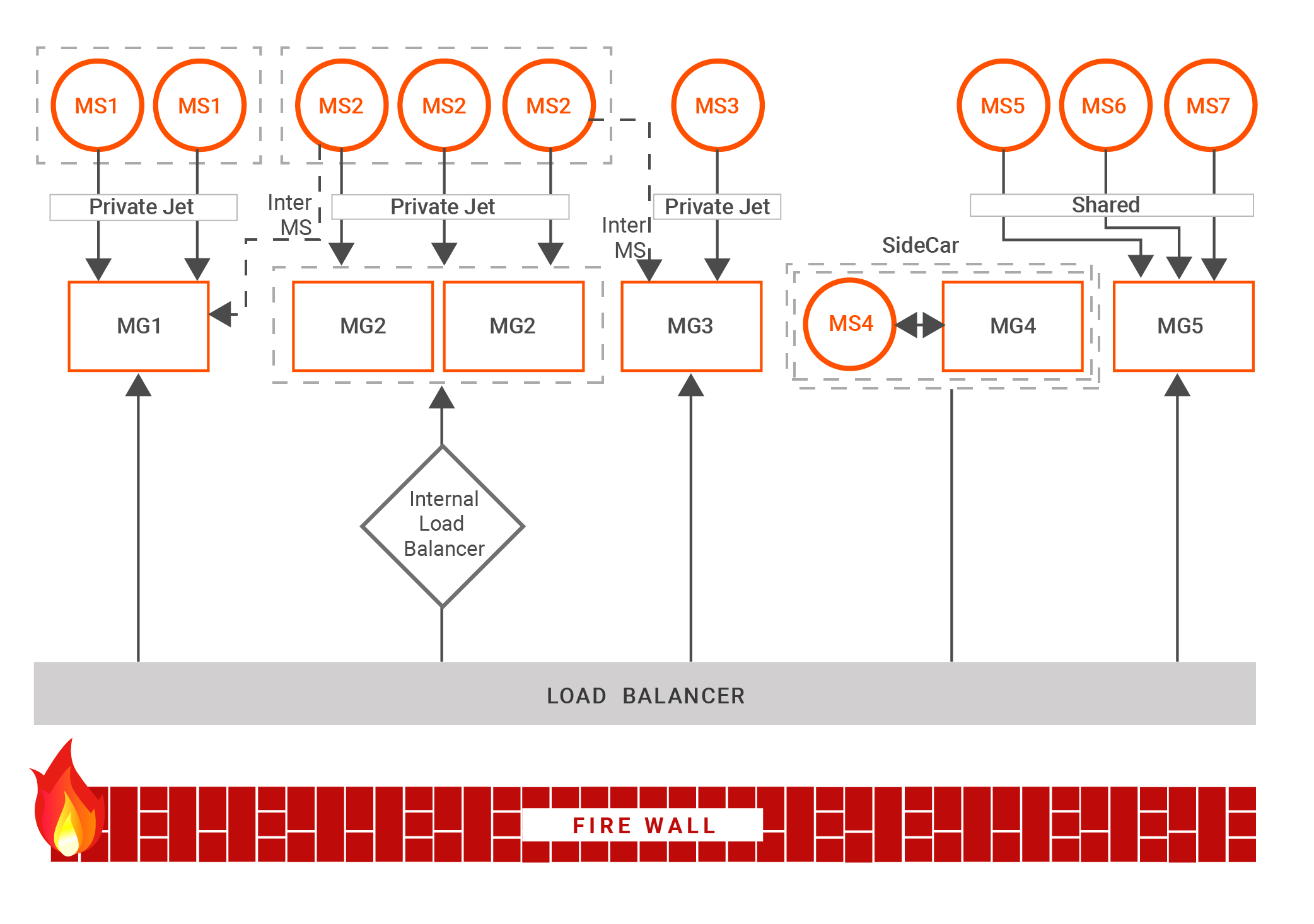 WSO2 API Microgateway is designed to use code over config. Therefore it’s more developer-oriented. This microgateway gives the API developer the flexibility to design their own microgateway based on the interface definitions of their APIs. 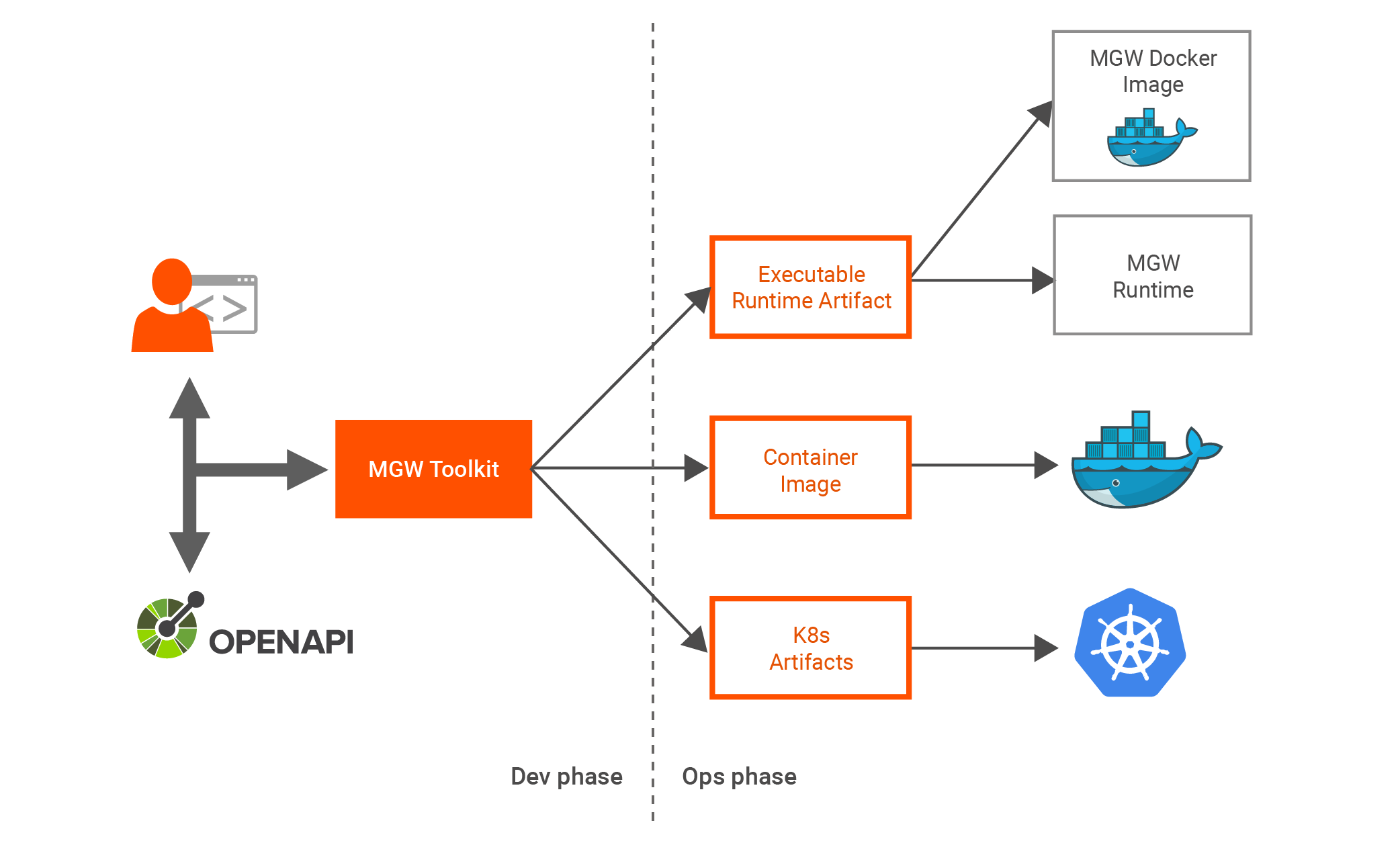 The following steps demonstrate how a development team can work on a specific project to develop a set of microservices to cater to a certain business use cases and how they can parallelly develop the microgateway to expose their service as well. 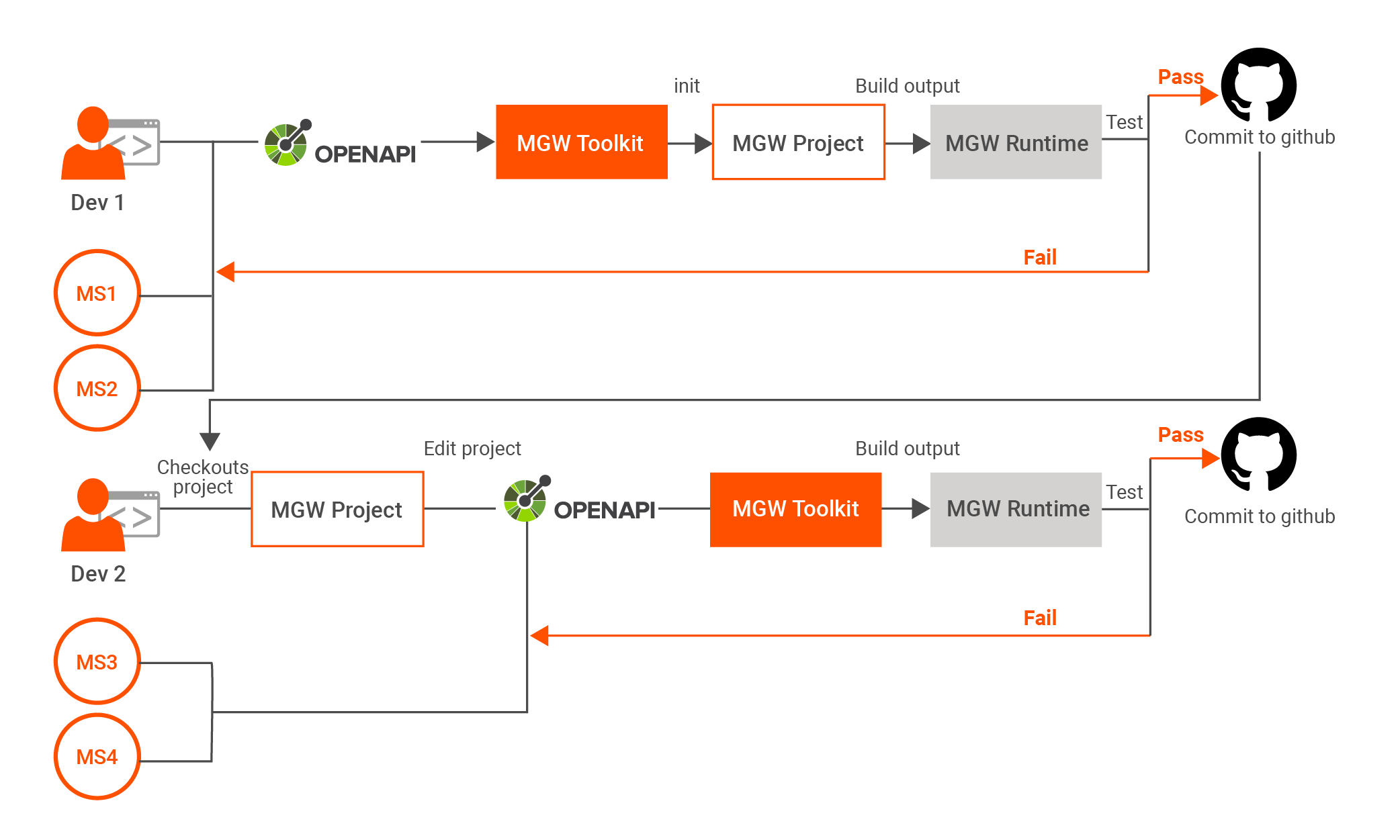 The deployment configuration is a human-readable representation to help the DevOps team to deploy the microgateway in Docker or Kubernetes. 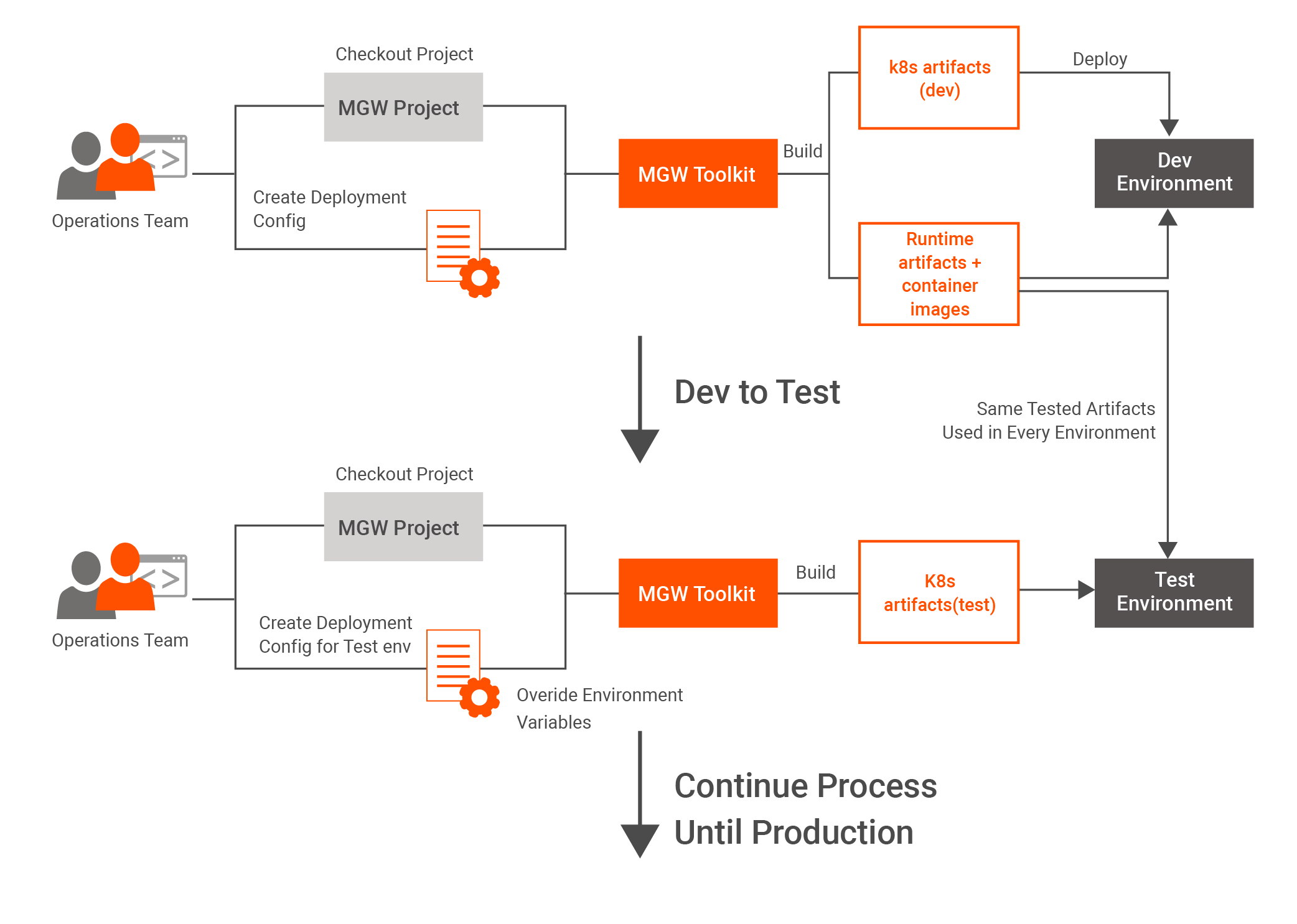 So we can see that the same runtime artifacts used in the dev environment can be used across multiple environments overriding the environment-specific values using environmental variables.

This way it is guaranteed that the artifacts tested in dev and test environment will behave in the same manner when deployed in production as well.