Hybrid clouds provide a cost effective means of maintaining quality of service attributes of online services. Despite their multiple merits, hybrid clouds pose multiple security vulnerabilities. Some key questions regarding information security include how to secure data stored in multiple cloud service providers and how to secure applications which burst to the public cloud. General network security techniques such as Virtual Private Networks (VPN) could be used for securing the end-to-end communication of a hybrid cloud. However, if the cloud computing platform has been compromised, then the data will be at risk even if we have encrypted the end-to-end communication. In many cases insiders (e.g. employees) of an organization are often the root cause of successful cyber attacks. Increasing threats from malicious insider attacks are costly for enterprises. For example, a recent study by Accenture found that malicious insider attacks have grown by 15% in the year 2018 costing $1.6 million on average per each organization out of the 355 participants analyzed in the study. In such a context, Fully Homomorphic Encryption (or simply Homomorphic Encryption) is one of the silver bullets for the rescue.

What is Homomorphic Encryption?

What are the Benefits of Elastic Stream Processing?

Stream processors are software platforms which allow users to respond to incoming data streams faster. We apply homomorphic encryption on top of Elastic Stream Processing, which is a data analytics technique that provides load balancing of data stream processors. When there is excessive load on the stream processor located in a private cluster, more compute resources can be provisioned from the public cloud to maintain the agreed upon service quality attributes. Elastic Switching Mechanism (ESM) is an example of such a load balancer.

How Can You Implement Secure Elastic Stream Processing? 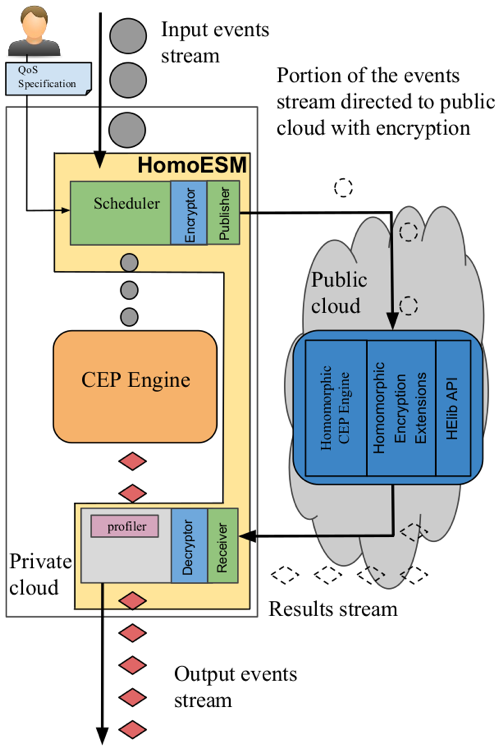 Figure 1: System architecture for Homomorphic Encryption based on the Elastic Stream Processor

We use an event stream compression technique called “Composite Event” creation which aggregates the fields of the events of the event stream into batches. This technique allows you to send more events to the public cloud and have them processed faster.

How Does the Homomorphic Encryption Perform?

Emails filtered by the Email FIlter are sent by three specific email addresses and based on the Enron Email dataset. The architecture of the Email Filter application is shown in Figure 2. The Data Injector injects the input stream to the application. The Publish Decision Taker module then decides whether the event should be sent to the private cloud (i.e. an organization’s local stream processor cluster) or to the public cloud (e.g. Amazon AWS). The Encryptor, HE equals operations, and Decryptor components are the modules which are related to homomorphic encryption. HE Logic Filter generates the Filtered Emails Stream which is merged at the Metrics Operator with the Filtered Emails Stream sent from the Filter operator.

We evaluated the performance of the Email Filter application deployed on HomoESM on three VMs of Amazon EC2. Two of the VMs were acting as the private cloud and the third one as the public cloud. The input workload was generated by scanning through the Enron Email data set and injecting each and every email as an event into the Email Filter Application using the data injector. The emails were sent to the application at a fixed rate, however different emails had different payload sizes which resulted in significant variation in the input workload.

The results of privacy preserving elastic scaling are shown in Figure 3. The vertical lines “VM Start” and “VM Stop” indicate the points where the virtual machine (VM) in the public cloud have started and stopped respectively. The dotted line in blue illustrates the performance of the private cloud only deployment while the line in red indicates the performance behavior of elastic scaling with homomorphic encryption. Using HomoESM resulted in a 10% improvement of average latency for the Email Filter application. Note that HomoESM conducts elastic switching when the predefined service level agreements (SLA) cannot be met with the resources left in the private cloud. When the server resource utilization is above a certain threshold, which is expressed as a SLA parameter, the switching function triggers the hybrid cloud execution.