What is SAML and how Does SAML Work?

Since Security Assertion Markup Language (SAML) is an open standard, you do not face vendor locking when using it for Single Sign On (SSO). Simply put, with SAML, a user can log in to one system in an environment, and can then access other systems in that environment without needing to login again, until the web browser session ends.

Let’s take a quick look at a popular use case of SAML - the SAML Web Browser SSO. There are three entities involved with SAML Web Browser SSO - Identity Provider (IdP), Service Provider (SP), and a principal (usually an end-user). The Identity Provider maintains a directory of users and a user authentication mechanism. The Service Provider is the target application that a user attempts to use. The principal must be registered in the IdP. 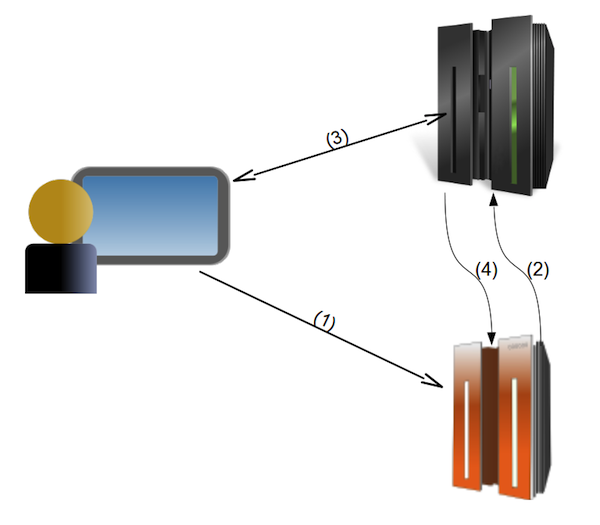 The description below helps understand how SAML authentication takes place: 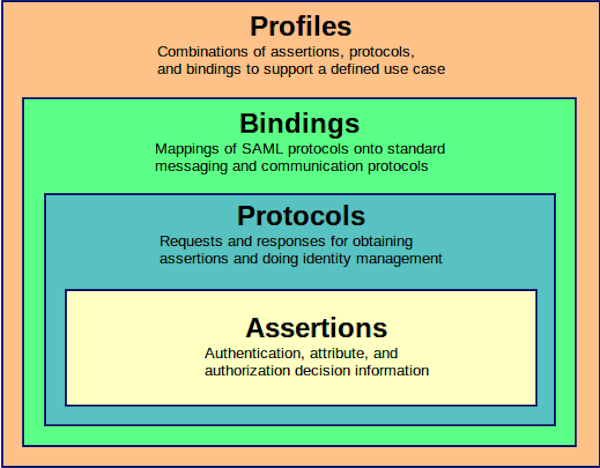 As illustrated in the above figure, SAML 2.0 defines XML-based assertions and protocols, bindings, and profiles.

For more information on the usage of SAML, watch our webinar on
Enterprise Single Sign-On: SAML, OpenID Connect and More >>

SAML protocol has evolved in three versions - 1.0, 1.1 and 2.0. SAML 2.0 has introduced considerable improvements and additions over SAML 1.1 and is not backward-compatible. SAML 2.0 core provides the following protocols as shown and elaborated below. 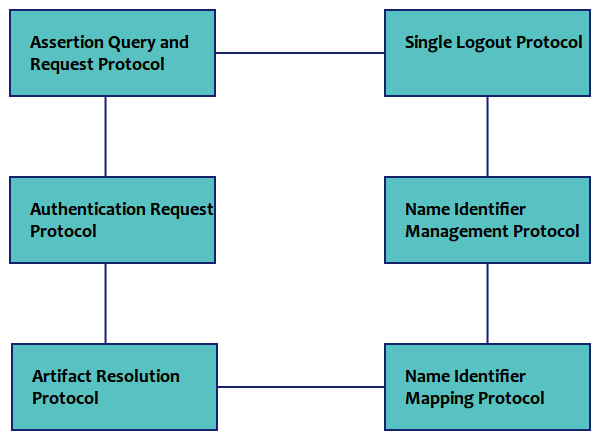 While SAML protocols define what is being transmitted, there are several transport bindings that can be used to define how to transfer data. Examples of popular bindings include - HTTP Redirect (GET) binding, SAML SOAP binding, and HTTP POST binding. The bindings supported by SAML 2.0 are outlined in the Bindings specification - SAMLBinding.

In the case of SAML SOAP binding, the SAML request is wrapped inside the body of a SOAP envelope and is transferred via http. In the case of HTTP POST binding, the SAML protocol messages are transferred via an HTTP post method using HTML forms with base64 encoded content. With HTTP Redirect binding, users can send the SAML protocols messages via HTTP GET requests by setting the message as a query string in the URL.

SAML profiles define how SAML assertions, protocols and bindings can be used for a particular use case.

There are a vast number of SAML profiles defined in the SAML 2.0 Profile specification. But, the primary use case is Web Browser SSO.

The following subsections describe the SSO profiles in detail.

In this scenario, a web user accesses a resource at a service provider (SP). The web user authenticates (or has already authenticated) to the identity provider, which then produces an authentication assertion. The SP then consumes the SAML assertion and creates a security context for the user. This profile is implemented with the use of SAML Authentication Request protocol, and a binding as described above.

An enhanced client or proxy (ECP) is a system entity that knows how to contact an appropriate identity provider possibly in a context-dependent fashion.

SAML brings a vast set of benefits, especially for medium to large scale environments where there can be thousands of users with several disparate applications. In a corporate environment or government institutions, employees will be using internally developed applications. And, some companies expose several internet-based services to the public. For example, Google provides several public services such as Youtube, Gmail, and Google Drive. It would be too much work if you have to create different accounts for each application, and have to login to each of these separately in order to use them. It will be more convenient and secure if you can introduce one identity to the user, and then do a one-time login for all applications (until a browser session ends). This has been possible due to the introduction of SSO protocols like SAML.

Adding SAML-based web SSO is cost effective too. Currently, in larger companies, the help desk has to spend too much time on password-related queries from its employees. With SAML, except for the first authentication step, you can make the login to other applications transparent to the user. This also makes it possible to have one identity per employee with strict password requirements. This enhances security by eliminating identity theft, and reducing possible data breach due to weak passwords.

Other benefits of SAML include: 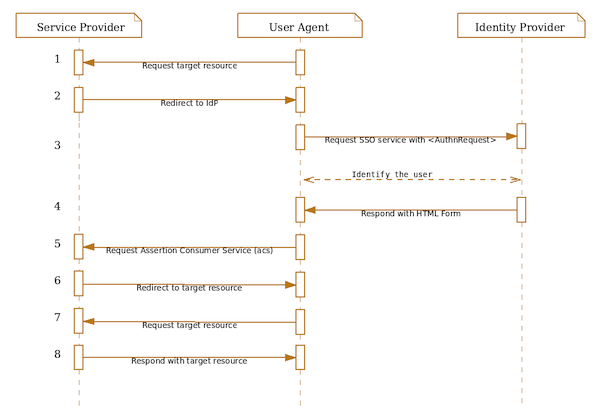 Let us review what takes place in the above image,

In addition to WSO2 Identity Server, there are several other open-source and commercial solutions available for SAML 2.0 Web-based SSO, including Shibboleth, PicketLink from JBoss, IBM Tivoli, and Oracle Identity Management.