WSO2 Developer Studio (WSO2 DevStudio) is the development tool (IDE) recommended by WSO2 to develop applications for the WSO2 platform, such as ESB configurations and BPS and DSS projects. WSO2 DevStudio also supports a wide range of web application development including JAX-RS, JAX-WS, Axis2 Services and Web apps. This comes in the form of an Eclipse plugin as well as a pre installed (to Eclipse) binary.

There are several other project types (supported projects) that are available. The full list can be found in the IDE dashboard and in this documentation.

With WSO2 DevStudio you can create projects from the beginning or they can import previously created projects or artifacts into existing projects. A guide on how to create different types of projects can be found in this documentation.
Following are some important points to consider when creating projects:

Most of the time you may need to create multiple projects. For example, you need to create backend service (application server), ESB, front-end (Web app) and other supportive projects. In this kind of situation we recommend you to create them under a Maven Multi Module (MMM) project.

When we have multiple projects under a common goal (eg for a particular use case) create a MMM project first, and then create the other projects inside it. An example structure is shown below:

MMM is a wrapper Maven project that has child projects as Maven modules. For example, see the following MMM project’s POM file:

The advantage of creating an MMM project is that you can build all the child projects in a single command. Also, if you need to perform any automation tasks such as executing other Maven plugins before or after a build, you can easily perform it here.

It is always recommended to use source control for projects when tracking as a fail safe mechanism.

WSO2 DevStudio allows you to package your artifacts into a Composite Application aRchive (CAR) and deploy it to WSO2 servers such as WSO2 Application Server and WSO2 Enterprise Service Bus among others. Servers may be running on the Cloud or on-premise. WSO2 DevStudio handles both in the same way.

All of the above approaches need to have a composite application project6 to create a .car file.

Here RegistryProject contains two folders to keep the resources required for the DEV and QA environments. For example, let's say you have two different backend endpoints for development (DEV) and quality assurance (QA). You can create these endpoints in DEV and QA folders respectively. This approach allows you to create endpoints with same resource name and different artifact names (you have to maintain different artifact names because having two artifacts with the same artifact name is not allowed). Refer to the image attached in the appendix at the end of this article.

As discussed in the beginning, when you have multiple projects it is a best practise to implement them within a parent project. Once the parent project is built from Maven, you will get the .car file created in the target directory of the C-App Project. You can simply deploy the CAR file to the servers using its management console.

However, when it comes to automation and testing, to make this manual process easier, WSO2 tooling provides a solution called “Maven CAR deploy plugin”.

The CAR deploy plugin needs to be configured with the server URL, username and password of the server admin. Additionally you have to have server’s public certificate in your truststore (which is accessible by the plugin) and truststore password. This plugin needs to be configured inside the plugins section of the composite application project’s POM file. A sample configuration would look as follows:

In the above configuration, note the CarbonServer tag. Here you can deploy to many servers. All you need to do is define the server configurations. Once the plugin is configured, you can perform the remote deployment using the following command.

This makes sure that only the .car file is deployed to the defined carbon servers.

If you want to shorten the command, you can also configure the above options within the .pom file. For that add following lines into the properties section of the C-App project's pom.xml file.

A sample configuration is shown below:

Once the above configuration is completed, the deploy command will be shortened to:

Then in the command line give the username and password as arguments as shown below: 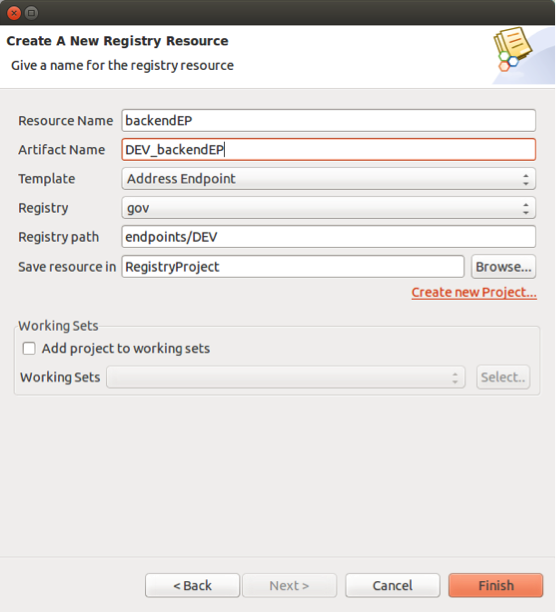