How to Debug Apache ODE with Apache Tomcat Server

Apache ODE (Orchestration Director Engine) can be deployed and run in three different environments. One of those three methods is deploying ODE as a web service in Axis 2, by deploying the ode war distribution(ode.war) inside an application server like Apache tomcat.
Once it is deployed and started you may need to debug ODE, to understand what is going inside the engine. The following is a short guide on how to debug
Apache ODE in tomcat with both Windows and Linux environments using the IntelliJ Idea as the standard IDE.

If you haven't downloaded Apache Tomcat and Apache ODE download them by clicking on them and visiting the corresponding web page. After downloading them extract
the archives into your local hard drive.Copy the ode.war distribution which is found inside the extracted ode_1.3.5 directory into the apache_tomcat_7/webapps directory. Once the tomcat server started back, ODE will be deployed in the tomcat server.

Start tomcat in console by using,

Now go to https://localhost:8080/ode in your browser and ODE home page will appear as shown in Figure 1. 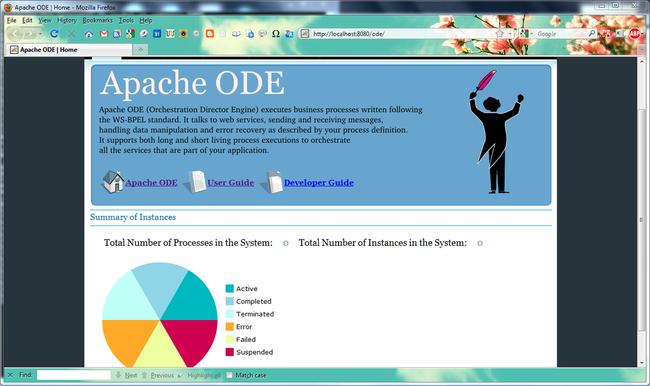 Apache Tomcat can be debugged with JPDA debugger by starting tomcat with catalina script. To do this
go to Tomcat_Home/bin folder and enter the following command.

This will start catalina server in debug mode and you can see it displays the
message, "Listening for transport dt_socket at address: 8000" in terminal as shown in Figure 2.

Another method would be setting the JAVA_OPTS to start up java for listening to debugger connections by giving,

When it is set, start the catalina server in the usual manner as 'sh catalina.sh run' and tomcat will be started in debug mode.

Now we can create a remote debug configuration by giving Host: localhost and Port: 8000 in our IDE which is used to open the ode source code, and debug ODE by using that. Remember to use the same port used as
JPDA_ADDRESS in tomcat as your IDE's remote debug port. The default port address is 8000.

This is how to create a remote debug with IntelliJ Idea 10. 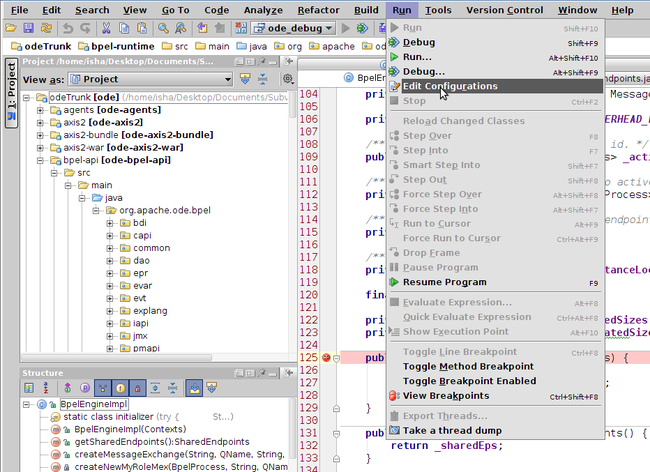 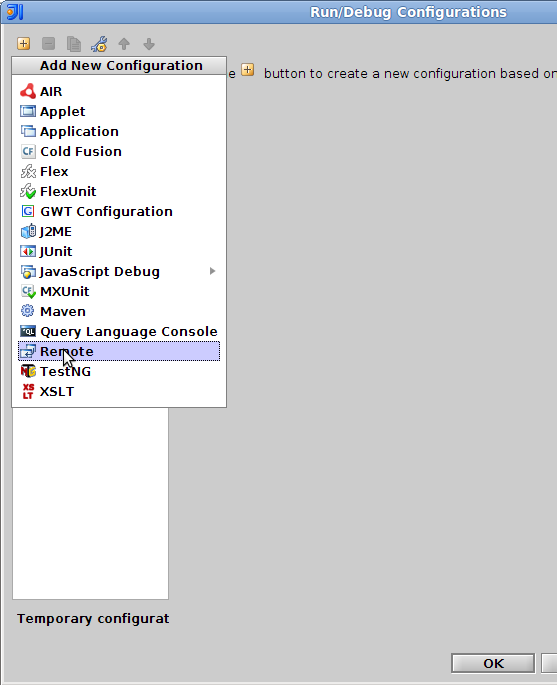 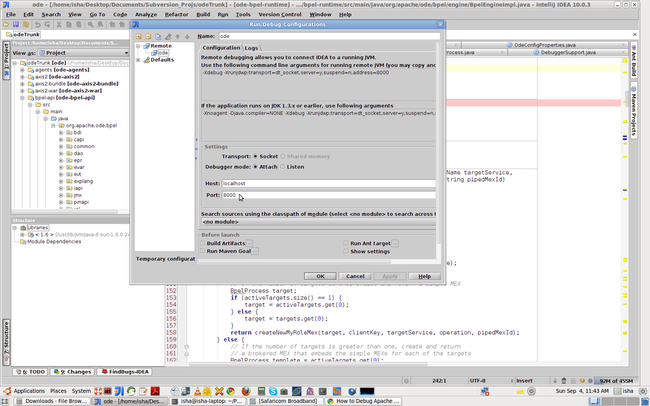 Figure 5: Setting up Host and Port for remote debugging 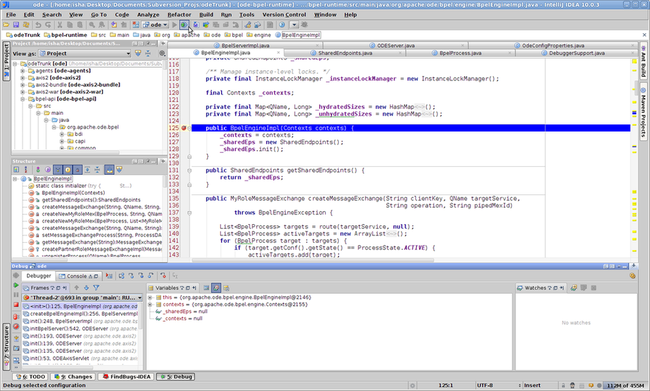 Note: port 8000 is the default port address used in tomcat for JPDA debugging, however if port 8000 is busy (due to some other application running
there), you can change it into another port. If it is needed follow the given steps. 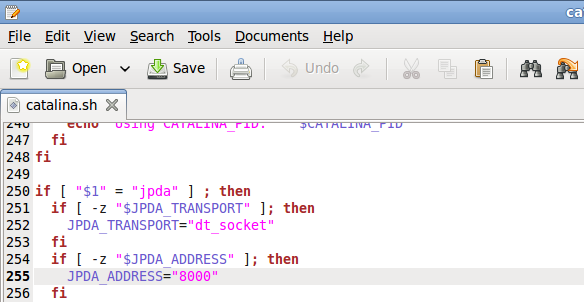 You can also change this port (let's say to 8010) by giving following command in terminal.

Debugging in Windows is also very similar to in Linux, except the commands that should be used. All the following
demonstrations are performed in Windows 7 version.

Now catalina will start in remote debugging mode under JPDA debugger using its default port 8000. When it is started you will see tomcat starts a new debug
console as shown below in Figure 9. 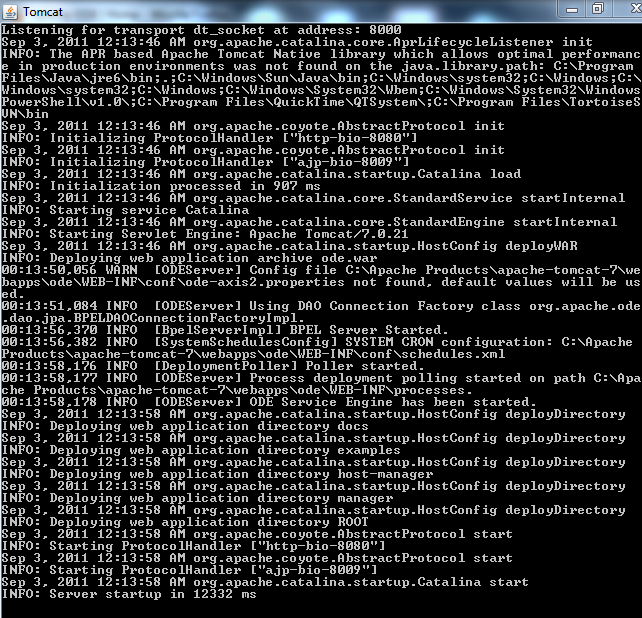 This can be also done by setting an environment variable JAVA_OPTS, and starting the tomcat server with usual command.

Note: To change the port address from 8000 to another port 'set' command can be used in Windows. Go to Apache-Tomcat-7\bin and enter;

When tomcat is started again you will see that it has changed the listening port into '8010' as we changed. Change the Port address in the
remote debug into this new address and start debugging again.