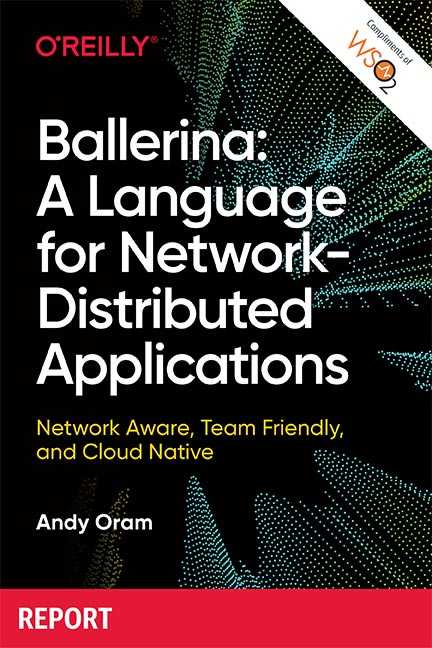 Ballerina: A Language for Network-Distributed Applications

Many modern programming languages include libraries to handle performance, multiple cores, structured data, errors or failures, and other tasks. Ballerina builds many of these tasks directly into the language. With this brief introduction, developers and software architects will learn how Ballerina can speed development and reduce failures in today’s cloud native, distributed environments.

Ballerina is a general-purpose cloud native programming language that specializes in integration. On the surface, it looks like many other C-style languages, but Ballerina also contains features that incorporate current best practices for web programming, microservices, and Agile- or DevOps-oriented development. In this report, O’Reilly editor Andy Oram helps you understand what Ballerina offers and how it solves modern development problems.