Today, we are happy to announce the launch of Docker for WSO2 Open Banking, a feature that many of our open banking customers have been interested in. We believe this will significantly enhance the customer experience with our solution.

Docker is the #1 container runtime in the world today. It allows organizations to build platform-independent applications that can be shared and run anywhere, in the same way and irrespective of the environment. It can be your local machine or a production environment in the cloud; the Docker image runs seamlessly on both without the need for additional configurations.

The Docker resources for WSO2 Open Banking are developed using Dockerfiles and Docker Compose files. The building blocks of the architecture are explained below in detail.

What Is a Docker Image?

A Docker Image is a file that comprises multiple layers that are created by instructions given in a Dockerfile. When this Dockerfile is executed, it creates a portable Docker Image, which can then be run or shared across any platform. Once this Docker Image runs, it converts into a Docker Container, which is a live instance of the relevant Docker Image.

What Is a Docker Compose File?

So far, we have created Docker Images for the following products of WSO2 Open Banking. The Dockerfiles for these Docker Images are available in the source repository. 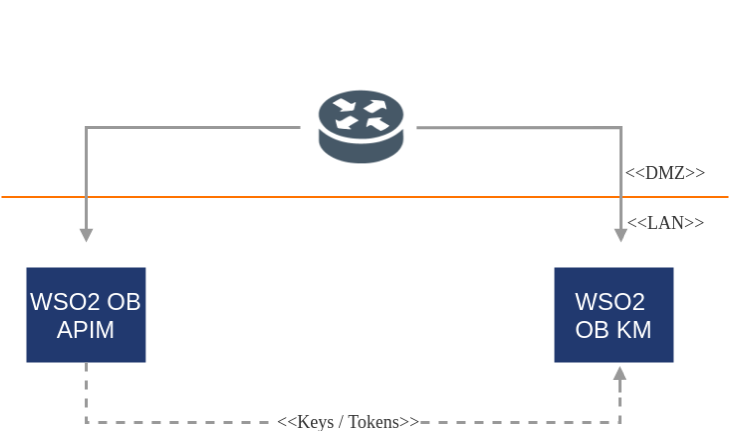 We have released Docker Compose Resources for WSO2 Open Banking for UK and Berlin with the above profiles. The details on these profiles are as follows:

The MySQL container consists of the necessary scripts to populate the databases necessary to run this profile. The Open Banking Key Manager and API Manager containers comprise the Key Manager and API Manager instances, respectively. Once you run the Docker Compose file, it gives you a fully functional Open Banking solution in your local environment.

The Worker and Dashboard profiles are available for both WSO2 Open Banking UK and Berlin.

What’s Next for WSO2 Open Banking?

WSO2 Open Banking now has deployment options available in Puppet and Docker. Our next step is introducing Kubernetes artifacts for the solution.

Kubernetes is a container orchestration system, which automates application deployment, scaling, and management. Now that we have containers that run WSO2 Open Banking, we are stepping into delivering robust, scalable, highly available, and production-ready artifacts for WSO2 Open Banking.

If you want to manually create the Docker Images, Dockerfiles are available in the official WSO2 docker-open-banking repo.

If you want to run a fully functional instance of the WSO2 Open Banking solution, the required artifacts are also available in the WSO2 docker-open-banking repo under docker-compose.

Detailed instructions on installing and trying out these artifacts are provided in the above repository.